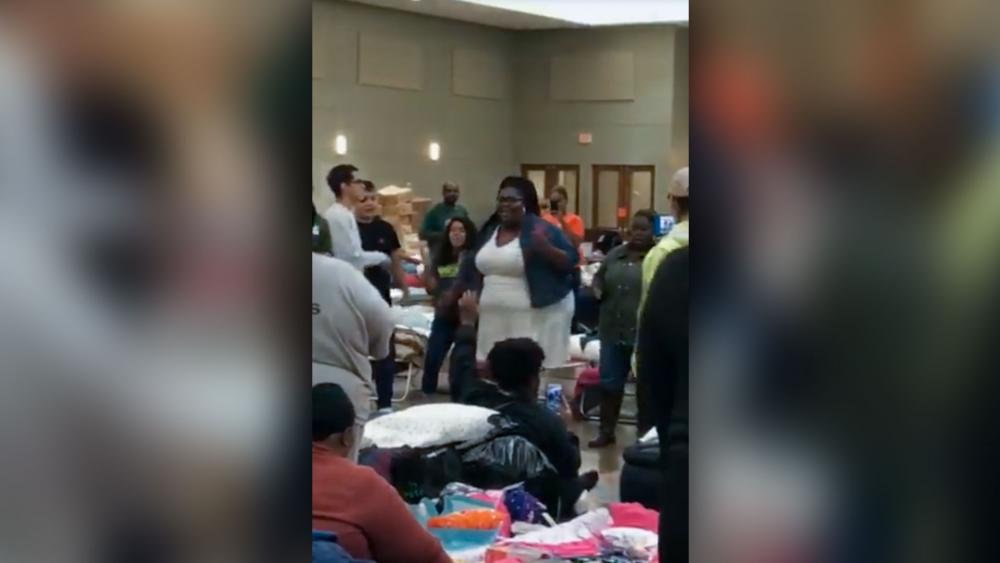 A team of ministers in Conroe, Texas, are offering shelter evacuees impacted by Hurricane Harvey hope and encouragement through song.

Some 13,000 people have been rescued in the Houston area, and more than 17,000 have sought refuge in Texas shelters.

Marquist Taylor and Victoria White have been taking what they call, "Shelter Worship" inside the shelters.

Video of the pair singing praise and worship to evacuees at one local shelter has been viewed by more than 9 million people.

The video shows Taylor and White and other members of their team singing verses from popular Christian songs such as "How Great is Our God," and "Spirit Break Out."

The pair, who said their homes were not affected by Harvey, said they just wanted to encourage those who had lost everything in the storm.

They said the idea for "Shelter Worship" came from the sentiment found in the scripture Isaiah 32:2 "Each one will be like a shelter from the wind and a refuge from the storm, like streams of water in the desert and the shadow of a great rock in a thirsty land."

Taylor told CBN News that they also offer prayer to people affected by the storm and that many have been greatly comforted by their ministry.