Surging Crime Rate Brings City Together for 'Day of Hope' 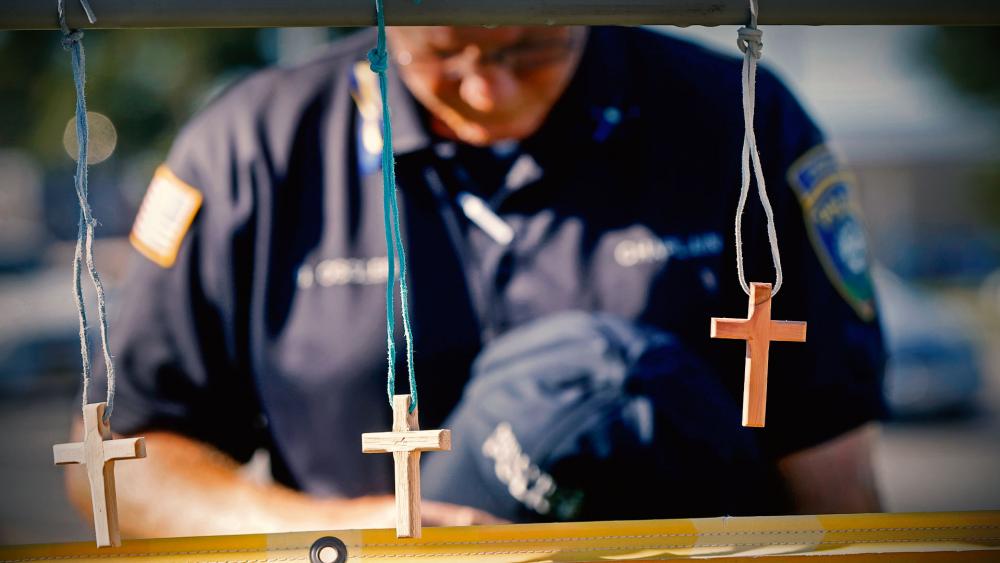 BALTIMORE – Around 300 volunteers from area churches, businesses, and community organizations labored for hours to transform Collington Square Park into a carnival-like atmosphere.

With inflatable bounce houses, free food, and live entertainment, they created a care-free, festive mood – a far cry from what it was just hours before when gunshots pierced the night air less than two blocks away. Fortunately, no one was hurt. The event, called "Day of Hope," came into focus for police and pastors after the city erupted in violence in 2015 when Freddie Grey died while in police custody. That was the city's worst year for homicides. Already this year, Baltimore is on track to surpass that record.

The goal of "Day of Hope" is to unite the efforts and resources of multiple civic and religious groups to reverse the city's growing cycle of violence. Baltimore Police Chief Melvin Russell is one of the organizers.

"What we've done is put out a clarion call for all those who are doing great work," Russell explained. "Can't we come together and do things collaboratively so we can start chasing the darkness out of our city?"

While the kids played games, adults crowded into booths to learn about employment opportunities, receive health screenings, or seek spiritual assistance from a team of church volunteers at a prayer tent. Mercy Chefs, a religious nonprofit, was also present for the festivities. The group sent its mobile kitchens to Baltimore two years ago and never left. Professional cooks and dozens of volunteers prepared enough meals to feed 3,000 attendees.

"I can feed you the very best meal that I, or my master chefs, are capable of – the very best meal, and you're hungry again tomorrow, " Gary LeBlanc, founder of Mercy Chefs, said. "But we come with a message that we know promises satisfaction for life."

Millie Brown's organization, A Mother's Cry, also set up a booth. It provides support for moms whose children died in violent crimes. "A lot of mothers feel like they're alone, and they need to be here to see that they're not alone," Brown explained. "They're so many people that care about them. They'll never be forgotten."

Murder claimed the lives of five people close to Sharon McMahan, a Baltimore native, including her 17-year-old son, Juan, who was shot and killed in 2004.

"I lost a son, I lost three nephews, and I lost a cousin," McMahan said.

While these events can help foster hope, healing, and a sense of unity, she told CBN News she also finds motivation from the loss of her son.

"I think about him every day," she said, adding that she is a youth advocate for children in Baltimore. "He inspires me to do what I do – to go to the communities and be part of the change." Organizers feel their efforts are paying off. Their "peace meals" and "prayer walks" have led to nearly crime-free neighborhoods in 29 of the 30 areas where they have set up shop.

They want to build on the momentum and spark goodwill to make their "Summer of Peace" efforts into a period of calm and prosperity for every season.

"I've seen people who've come in not knowing what was going on and got help and felt loved and felt cared for," commented Matt Stevens, founder of Somebody Care Baltimore. "And say we have another Day of Hope a few days later in another part of the city, they show up and say, 'I want to volunteer.'"