'We Shine Brighter and Brighter in a Dark World': Corpus Christi Pastor in Harvey's Aftermath 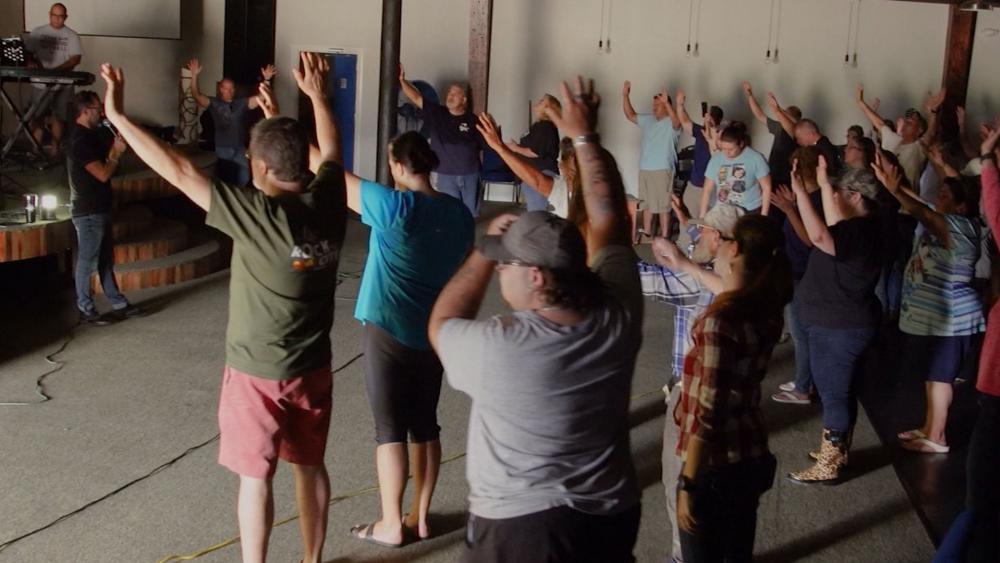 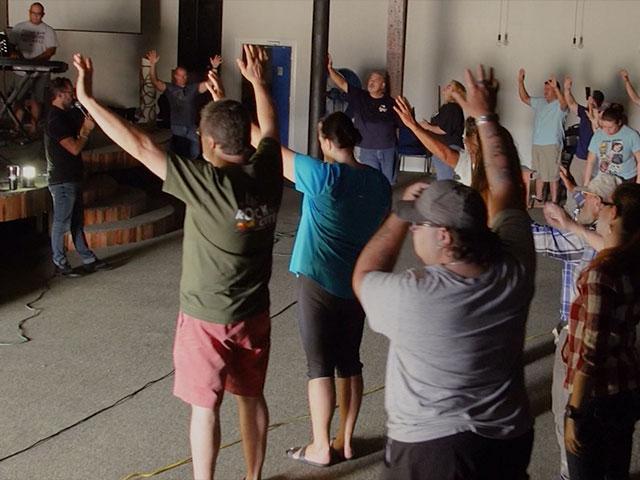 'We Shine Brighter and Brighter in a Dark World': Corpus Christi Pastor in Harvey's Aftermath
5554705038001 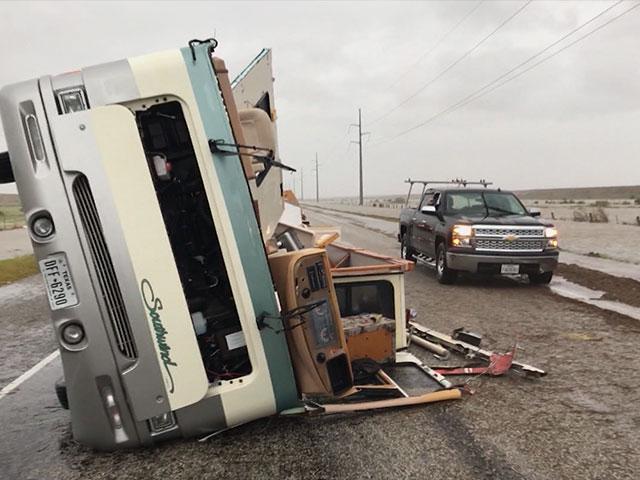 Erik Rosales Reports the Latest on the Crisis in Houston

The one-time Category 4 hurricane known as Harvey may now just be a tropical storm, but it's still a deadly situation for most of Texas.

Harvey has claimed at least 2 lives and continues to pound the state with heavy rain and strong wind.

Our CBN News crew began tracking the storm on the ground in Texas over the weekend.

With no electricity members of Rock City Church in Flower Bluff, Texas, right next door to Corpus Christi, still gathered for Sunday Service. They used the power of God to lighten up their hearts and minds.

"The work never stops for us as Christians. We just get leaner and meaner and we shine brighter and brighter in a dark world," Pastor David Bendett told us.

It's that faith in Christ that brought many literally out of the storm.

#TropicalStormHarvey South Texas churches are not letting the Sunday end, without giving thanks to Jesus. Praise God! #CBNNews pic.twitter.com/WzwHiMYHOm

"My church is barely standing. The church got demolished. Our high school took a beating. I'm actually headed on over there to see if I can't help anymore," said Shane Strough of Rockport, Texas.

Late Friday evening the Category 4 hurricane slammed into the Texas coastal bend hard, bringing howling 130 mile per winds combined with sheets of rain to cities like Rockport and Port Aransas, just a few miles north of Corpus Christi, where several hundred-thousand homes are without power and residents are forced to boil water before drinking it.

"It didn't get real until the wind started howling. Then we sat there and said, 'This is really happening. There is nothing we can do.' So we hunkered in the living room and just said some prayers. Luckily everything held up on our end," Trey Turnbowgh told us.

But not for everyone, the storm took at least one life along the coast, and snapped power poles like toothpicks, flipped boats as if they were toys and left a path of destruction.

#Rockport #texas has been severely effected by #HurricaineHarvey. Please pray! Will be making our way to #Houston to cover the flooding. pic.twitter.com/4Se8roZ9XW

Although Harvey quickly lost steam as it made landfall, dropping from a Category 4 to a tropical storm, it's stalled, bringing dozens of tornadoes in and around Houston.

CBN News crew came upon a freeway there, at least 10 feet deep with water. Houston police say one woman died after she tried to get out of her car too fast due to the rising flood waters and drowned.

Now relief is on the way, and CBN's own Operation Blessing has been talking and praying with local pastors about where to bring in food and non-perishables.

"Our equipment is pre-staged in Beaumont, Texas just a few hours away, so when the roads are clear and the power lines are up, Operation Blessing will be moving in," OB's Jody Gettys said.

#HurricaneHarvey The first fatality was reported in the coastal city of Rockport, where the person died in a house fire during the storm pic.twitter.com/e56DP8u0xR 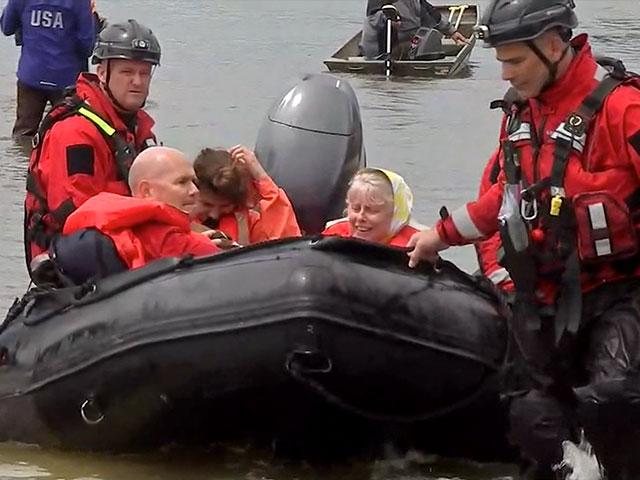 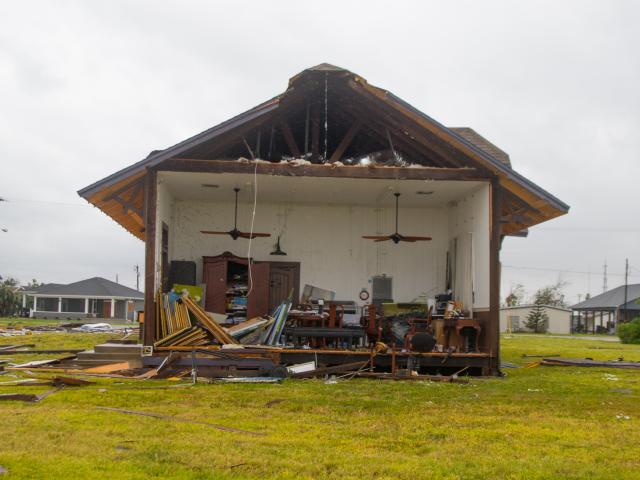 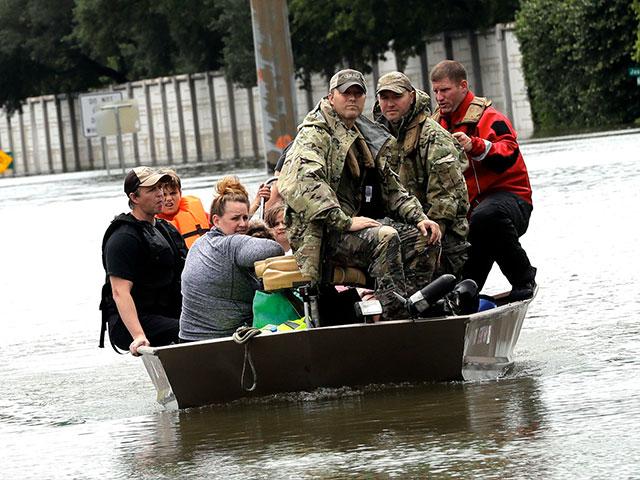 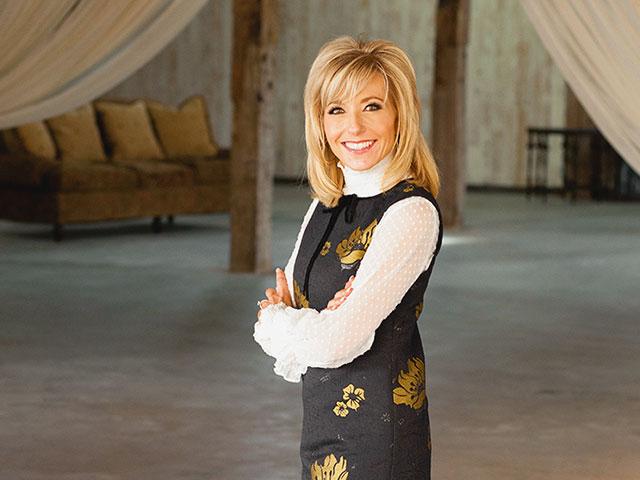