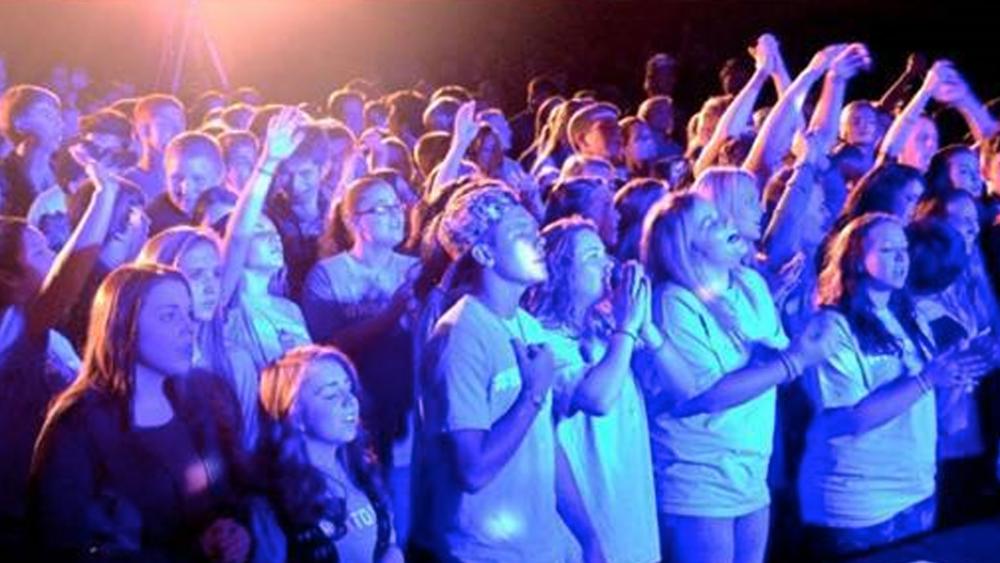 When you're 16 and you want to reach your friends with the Good News, what do you do? If you're Jordan Whitmer, you organize a student-led, Billy Graham-style evangelistic event that draws 750 other students and leads to 75 accepting Christ.

That's exactly what Whitmer did his junior year of high school in Harrison, Arkansas.

Back in 2014, Whitmer says he knew God was speaking to him to take on a big challenge to share the Gospel with other high school students.

"God made it really clear," he said, "'Jordan, I want you to do something more this year.'"

That led to five other kids sitting around Whitmer's dining room table in December. They came up with the name #HowToLife and started planning an evangelistic rally aimed at their peers to be held in March of 2015 at nearby North Arkansas College, their local junior college.

From the start, says Whitmer, it was about student leadership. They organized worship, drama, testimonies and a Gospel presentation. They asked 200 students to wear t-shirts promoting the night and they ended up with 750 high school students.

Whitmer admits he's amazed at how #HowToLife has grown in the two-and-a-half years since that first event.

He believes that God is leading and that #HowToLife meets a need: giving a platform to other high school believers who want to share the Gospel.

"A lot of students want to do something," he said, "but they don't know how because planning events is kind of a difficult, tricky thing to do."

Jordan connects on social media with students who show interest in organizing in their community. That's followed by phone calls and visits.

Jordan says #HowToLife events work best "when the adults get completely out of the way," but he says adult support is still valued.

He encourages youth pastors to endorse the work and bring students and asks other adults to pray and help with fundraising.