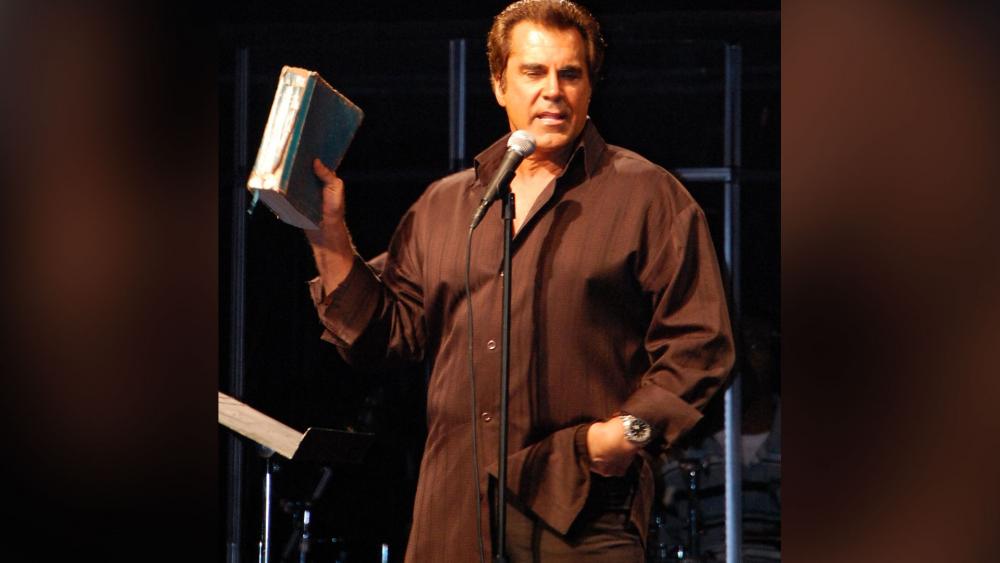 Popular Christian musician Carman Domenic Licciardello, known to fans simply as Carman, took to Facebook over the weekend to announce that he no longer has cancer and that he's now a married man.

In 2013, Carman first shared that he had been diagnosed with multiple myeloma and given only three to four years to live.  He talked about his diagnosis on The 700 Club program.

In 2014, he testified that medical tests showed he was cancer free, but earlier this year the Christian entertainer said doctors found a tumor on his shoulder.

On Saturday he happily shared a recent update about his health and personal life.

"JUST MARRIED SAT: Dec 16th," wrote the internationally known singer and evangelist in his post which included a wedding photo of him and his new bride.

He added, "It's been a long time coming but Uncle Carm, the proverbial bachelor bit the dust tonight when I married the New Dana Licciardello in Dallas Texas. It's a long day and a real miracle story that I'll share all the details in the days and weeks to come but let me just say this about the goodness of God: 4 years ago I was diagnosed with incurable cancer with a short time to live. Pushing 60, with no hope for a family or a long life. Most of my family has either passed away or live such distant lives that we never see each other."

"So my family had shrunk to My mother, my sister in law Sandy and my niece Loni. Just us 4," continued Carman.

"Today, I am 100% cancer free with a beautiful Godly wife and huge family "Literally" as big as Dallas. Add 3 new sisters, 7 nieces, 5 nephews, 1 son, 5 daughters and 9 grandchildren. A son in law who's a fireman Paramedic. And even a nephew who's an MMA fighter. I'm overwhelmed with Family," he said.

He ended his post by saying, "God has restored me in 100 ways and it's only just beginning."

"I'll tell you more later but for tonight I'm asking you to rejoice with this miracle God has done," said Carman.