‘Firefighting at Christmas’ May Become Normal in California 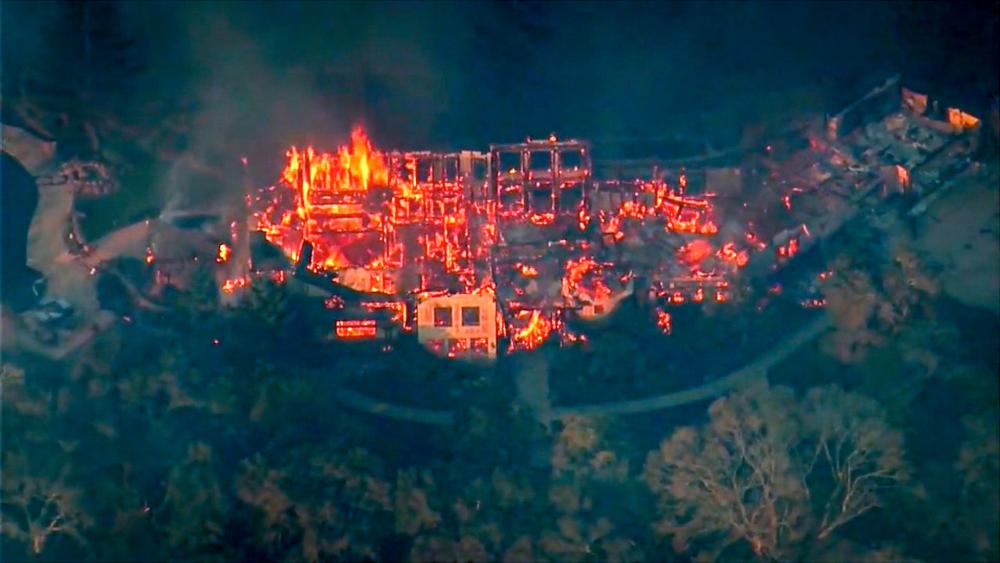 Well into what’s considered the wet season, there’s been nary a drop of rain. That’s good news for sun-seeking tourists but could spell more disaster for a region that emerged this spring from a yearslong drought and now has firefighters on edge because of parched conditions and no end in sight to the typical fire season.

“This is the new normal,” Gov. Jerry Brown warned Saturday after surveying damage from the deadly Ventura County fire that has caused the most destruction. “We’re about ready to have firefighting at Christmas. This is very odd and unusual.”

Even as firefighters made progress containing six major wildfires from Santa Barbara to San Diego County and most evacuees were allowed to return home, predicted gusts of up to 50 mph (80 kph) through Sunday posed a threat of flaring up existing blazes or spreading new ones. High fire risk is expected to last into January.

Overall, out-of-control fires have destroyed nearly 800 homes and other buildings, killed dozens of horses and forced more than 200,000 people to flee flames that have burned over 270 square miles (700 square kilometers) since Monday. One death, so far, a 70-year-old woman who crashed her car on an evacuation route, is attributed to the fire in Santa Paula, a small city next to Ventura where the fire began.

Firefighters were on high alert for dangerous fire potential even before the first blazes broke out. On Dec. 1, they began planning for extreme winds forecast in the week ahead.

Ken Pimlott, chief of the California Department of Forestry and Fire Protection, said authorities were prepared for destruction on the level of 2003 and 2007 firestorms in Southern California and possibly those in Northern California that killed 44 people and destroyed nearly 9,000 homes and buildings in October.

By Monday, they had moved fire crews from the northern part of the state as reinforcements and marshaled engines, bulldozers, and aircraft.

On Tuesday they brought in more helicopters from the National Guard and “every last plane we could find in the nation,” said Thom Porter, southern chief of the California Department of Forestry and Fire Protection.

But once flames met ferocious winds, crews were largely powerless to stop them. Even fire-attacking aircraft were helpless while being grounded at times because of night, high winds or smoke.

As fires burned in Ventura and Los Angeles counties, firefighters from other states were already in place north of San Diego on Thursday when a major fire erupted and rapidly spread in the Fallbrook area, known for its avocado groves and horse stables in the rolling hills.

“We had many resources in the area very quickly on this incident, but unfortunately within several minutes the fire had gotten out of control and well-established, and necessitated massive evacuations,” said Steve Abbott, chief of the North County Fire Protection District.

The fire swept through the San Luis Rey Training Facility, where it killed an estimated 30 to 40 elite thoroughbreds and destroyed more than 100 homes — most of them in the Rancho Monserate Country Club retirement community. Three people were burned trying to escape.

Most of the fires this week were in places that suffered from major fires in the past, including one in the ritzy Los Angeles neighborhood of Bel-Air that burned 6 homes and another in the city’s rugged foothills community of Sylmar and Santa Paula.

The fire in Fallbrook was no exception. Ten years ago, during a deadly spate of Santa Ana wind-driven infernos, flames wiped out most of the more than 200 homes in the Valley Oaks Mobile Home Park.

Memories of that blaze were fresh as flames approached Thursday and sheriff’s deputies told residents to leave immediately.

By the time he got the order to go, Mateo Gonzalez had already helped his brother move out of his nearby place and packed all of his important belongings.

In the 2007 firestorm, he had almost no warning before his house was destroyed, only four months after moving in.

“We weren’t prepared the first time around. This time we were,” he said Friday as he returned to his undamaged home.