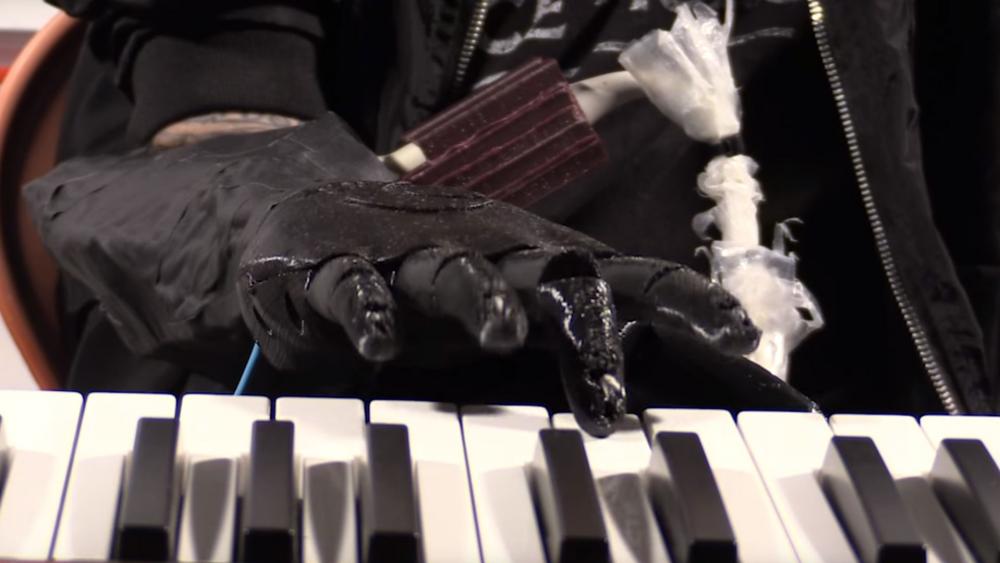 It appears to be a device right out of a Star Wars movie and like the technology in the movies, it reaps the same fantastic results.

Researchers at the Georgia Institute of Technology have engineered an ultrasonic sensor that allows amputees the ability to individually control each of their prosthetic fingers.

The first amputee to use it is a musician who lost part of his right arm five years ago. He's now able to play the piano for the first time since his accident and can even play the Star Wars theme.

"Our prosthetic arm is powered by ultrasound signals," said Gil Weinberg, the Georgia Tech College of Design professor who leads the project. "By using this new technology, the arm can detect which fingers an amputee wants to move, even if they don't have fingers."

Jason Barnes was electrocuted in an accident at work in 2012.  His injuries were so severe that doctors were forced to remove his right arm just below the elbow.  Even though most of his limb is gone, Barnes retains the muscles that control what were his fingers.

The research team used an ultrasound machine to watch how Barnes' muscles moved. From their study, they learned each muscle for the finger moves differently. So they fed each unique movement into an algorithm in their new hand.  The device can quickly determine which finger Barnes wants to move.

"It's completely mind-blowing," said Barnes. "This new arm allows me to do whatever grip I want, on the fly, without changing modes or pressing a button. I never thought we'd be able to do this."

This is the second device the team has built for Barnes. His first love is the drums, so the team fitted him with a prosthetic arm with two drumsticks in 2014. Barnes controlled one of the sticks. The other moved on its own by listening to the music in the room and improvising.

The device gave the 28-year-old the chance to play the drums once again. The robotic stick could play faster than any drummer in the world.

The robotic stick gained worldwide attention. Barnes and Weinberg's robots have circled the globe playing in concerts across four continents. They've also played at the Kennedy Center in Washington, DC, and Moogfest.

This success pushed the Georgia Tech professor to create a device that gives Barnes the dexterity he needs to play his instruments.

"If this type of arm can work on music, something as subtle and expressive as playing the piano, this technology can also be used for many other types of fine motor activities such as bathing, grooming, and feeding," Weinberg explained. "I also envision able-bodied persons being able to remotely control robotic arms and hands by simply moving their fingers."