President Trump: 'It Is Time to Recognize Jerusalem as the Capital of Israel' 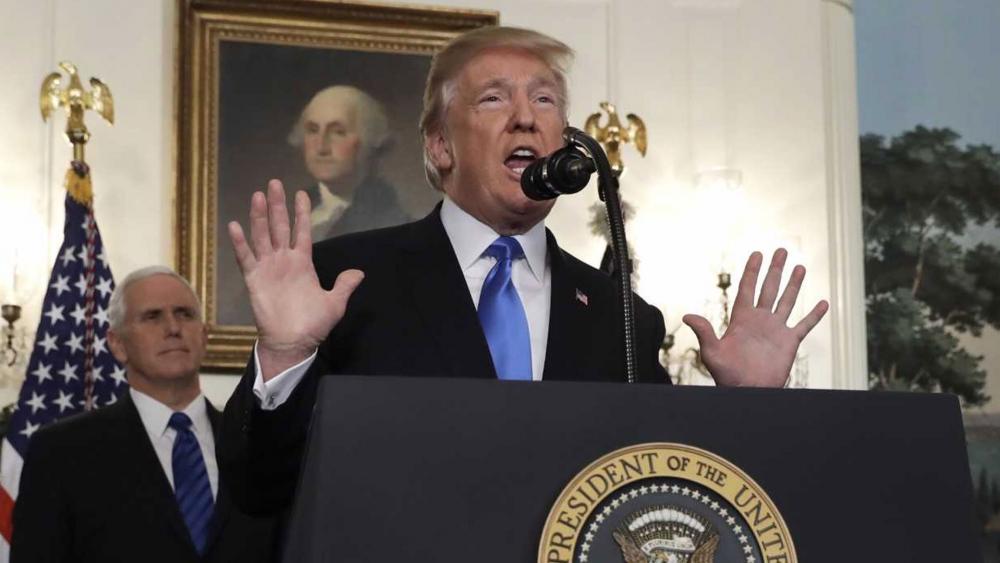 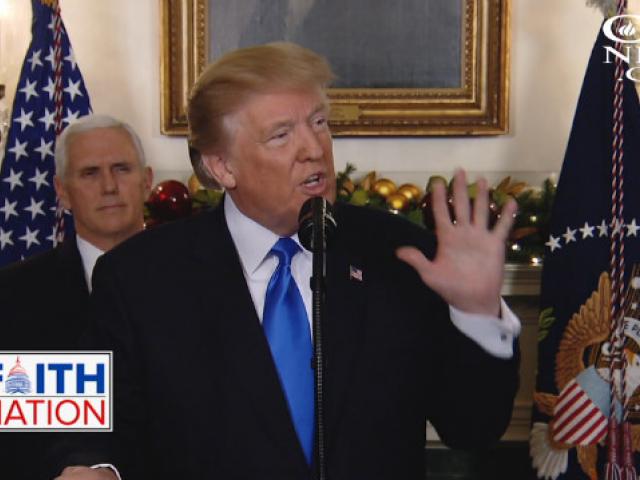 WASHINGTON, D.C., – It's what millions of Americans and Jews have been praying for and anticipating for decades – the United States of America recognizing Jerusalem as the capital of Israel.

By recognizing Jerusalem and moving the U.S. embassy there, President Donald Trump has secured his place in history and demonstrated another reason why Americans elected an outsider who doesn't simply follow tradition.

"I promised to look at the world's challenges with fresh eyes," he said speaking from the Diplomatic Reception Room of the White House.

After decades of failed peace negotiations and a continuation of violence, President Trump says it's time to do something different.

"It is time to officially recognize Jerusalem as the capital of Israel," he said.

For decades both Democrats and Republicans running for president dangled the promise of recognizing Jerusalem only to fail to follow through once in office. President Trump delivered. He's says he's just acknowledging reality – that Jerusalem has been Israel's capital for decades.

He's also kicking off a new strategy for peace while reaffirming that the U.S. would support a two-state solution if that's what both sides agreed to.

"Above all, our greatest hope is for peace, the universal yearning in every human soul," Trump said.

Immediately after his announcement, enthusiastic praise poured in from a diverse group of evangelical leaders.

"President Donald Trump did what his predecessors didn't have the courage to do," former Arkansas Governor Mike Huckabee said. "In so doing he set two great examples... how to make good on promises and how to treat your friends."

READ: Why History Says Jerusalem Belongs to the Jews

"The historical record, empirical fact and our faith all confirm that Jerusalem is in fact the capital of the Jewish people. I therefore enthusiastically applaud President Trump's decision," said Reverend Samuel Rodriguez, head of the National Hispanic Leadership Conference.

And Bishop Harry Jackson, pastor of Hope Christian Church said, "It marks the beginning of a new season in U.S. Middle East policy. The previous administration allowed persecution, terrorism, and stereotyping of the Israeli people."

President Trump called for a continuation of the status quo at Jerusalem's holy sites.

"Jerusalem is today, and must remain, a place where Jews pray at the Western Wall, where Christians walk the stations of the cross and where Muslims worship at Al-Aqsa Mosque," he said.

With the president's announcement, architects, engineers and planners will begin work on locating and building a new U.S. embassy in Jerusalem.
It will take some time to complete, but the president says he's building a "magnificent tribute to peace."