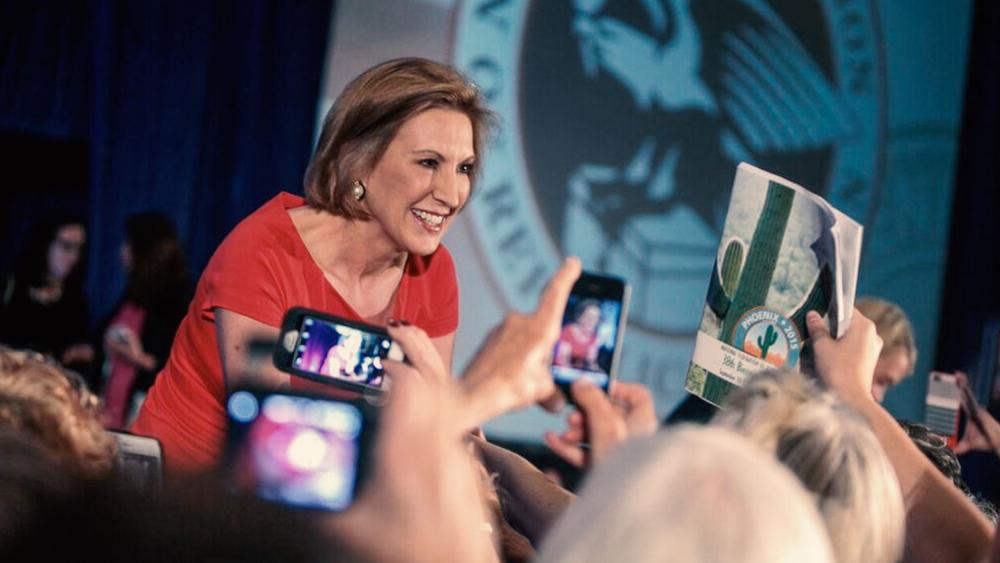 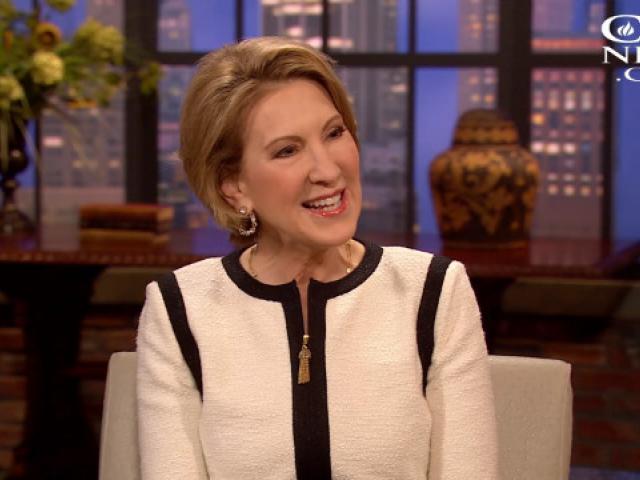 Carly Fiorina started her career at the very bottom: as a secretary for a nine-person real estate firm called Marcus & Millichap.

Her bosses quickly noticed her strong work ethic and natural leadership skills—and soon promoted her to a broker position.

Marcus & Millichap taught Fiorina how to lead a small company—and inspired her passion for the world of business. She decided to go back to school to earn a Masters of Business Administration from the University of Maryland.

In 1980, when she was 25, she moved to Virginia to join AT&T as a management trainee—one of the only women on her team. By 1985, she was a district manager, overseeing AT&T's largest civilian government account, the General Services Administration (GSA).

In 1995, AT&T spun off its telecommunications equipment business into a new company called Lucent Technologies. Fiorina was chosen to lead the effort, as Lucent's new executive vice president of Corporate Operations.

In 1998, FORTUNE Magazine named Carly Fiorina the "Most Powerful Woman in Business" for the first time—due to her incredible success at Lucent. She would continue to be on the list for the next 6 years.

In 1999, Fiorina left her home in Virginia to make history once again—when she became the first woman to lead a FORTUNE 20 company, as the CEO of Hewlett-Packard.

Pat Robertson will talk with Carly Fiorina about her career and what's next for her on Tuesday's 700 Club.

After she left HP in 2005, she focused on giving back to the community, the country, and the world—and unlocking the limitless potential in others.

Under President George W. Bush, Fiorina headed the newly formed External Advisory Board for the Central Intelligence Agency. With her experience at fixing broken bureaucracies at HP, the federal government knew Carly had the insight and experience to bring more transparency and accountability to the CIA.

In 2008, Fiorina joined Secretary of State Condoleezza Rice to found the One Woman Initiative. When the organization later merged with Opportunity International, Carly served as Global Board chair.

Over the past 15 years, Opportunity International has created 10 million jobs through $6.8 billion loans, with an average loan of about $150.

In 2009, Fiorina was diagnosed with breast cancer. At the same time, she and her husband, Frank, suffered a terrible tragedy: they lost their younger daughter, Lori.

Throughout these difficult times, Frank and Carly Fiorina were sustained by the redemptive power of their Christian faith—and the strength of their family.

In 2011, the Fiorinas decided to move home to Virginia to be closer to the ones they loved: their older daughter, Tracy, and their two grandkids, Kara and Morgan.

When Fiorina announced her campaign for president, the experts didn't take her seriously—because she wasn't a career politician. She had less funding than her establishment rivals, and none of the name recognition.

But Fiorina had faced tough odds before—and, as she did throughout her life, she rose to the challenge.

Whether she was standing strong against Hillary Clinton, the mainstream media, or the entrenched establishment in Washington, Fiornia was always ready to speak truth to power and stand up for what was right, no matter what.

With the 2016 presidential election behind us, Carly Fiorina is not backing down. She says she's going to keep fighting for the American people—making sure those at the highest levels of power hear our voice loud and clear. 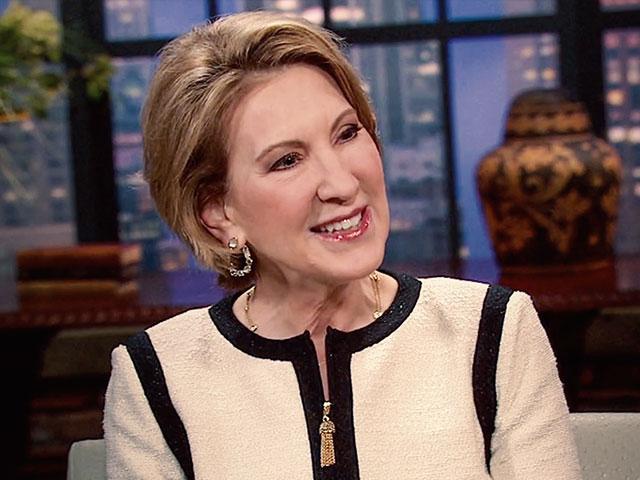