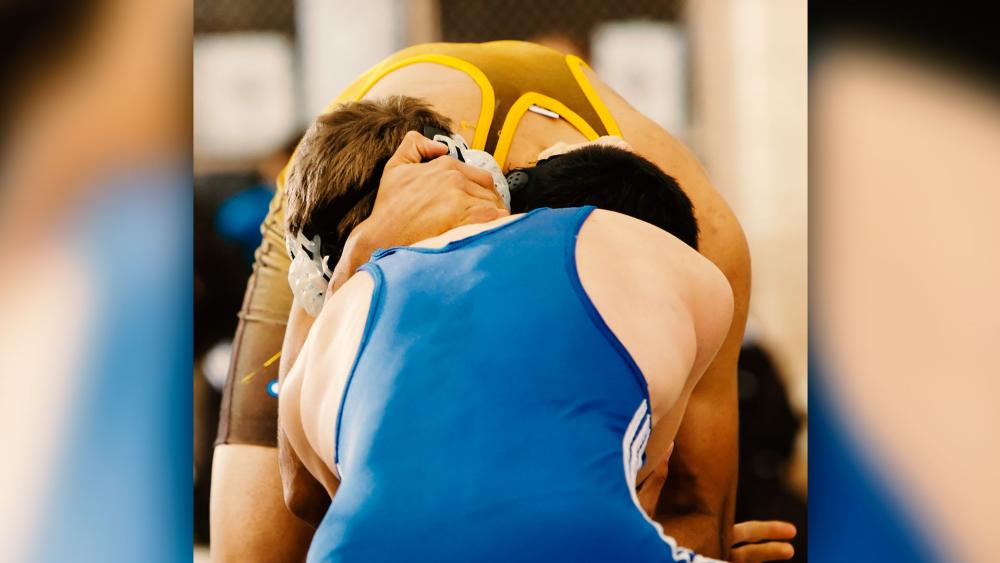 Mack Beggs, the high school transgender athlete who just won the Class 6A girls' state championship in Texas high school wrestling, has become the face of the national debate over how to accommodate transgender students.

It's not only complicated when it comes to bathrooms and locker rooms--it's an issue on the playing field as well.

Beggs is a 17-year-old high school junior who began transitioning from a girl to a boy two years ago and has used testosterone injections to enhance the process.

Beggs wanted to compete as a boy but a new rule from the University Interscholastic Leauge (UIL), which oversees sports in Texas public schools, forced him to wrestle in compliance with the gender on his birth certificate.

Many fellow wrestlers and critics opposed the decision, citing Begg's use of testosterone.

"This instance has made it clear that the UIL may have to take a closer look at how they handle the use of potentially performance-enhancing drugs like testosterone," said Jonathan Saenz, President of Texas Values.

Dr. Peter Walters specializes in strength training at Wheaton College in Illinois and says, depending on the amount that Beggs took, the advantage could have been huge.

"Men have on average 4 to 7 times the amount of circulated testosterone as women and they are significantly stronger than women," explained Walters.  If Beggs was trying to catch up to his male peers in high school with his testosterone injections, the difference would have been significant said Walters.

What lies ahead for high school athletes when it comes to transgender issues?  Most likely confusion for some time.  Dr. Pat Griffin is professor emeritus at the University of Massachusetts and an LGBTQ sports educator.  "The state policies are all over the place," she says.

The National Federation of State High School Associations (NFHS) has no consistent guidance.  "They have basically left it up to every state athletic association," says Griffin.

Griffin says some states currently allow students to play according to their self-identified gender.  They also can choose the bathrooms and locker rooms that they wish to use.  These states include Massachusetts, Florida, California and Vermont.

Other states allow individual schools to determine their policy.

At least one state requires that transgender students who want to compete must undergo surgery and take hormones.

Other states, like Texas, require students to participate in sports based on the gender identified on their birth certificate.

Mat Staver, founder of Liberty Counsel, would like to see more states requiring that high school athletes participate in compliance with their birth certificate gender.  "I think it's going to be a real problem if you don't stick with the biological sex," he told CBN News. "You're going to have boys wanting to compete in girls areas."

Griffin says that's not true. "The fear that non-transgender boys will pretend to be girls in order to 'dominate' girls teams has never been an issue and should not be used as a justification to restrict the participation of transgender students," she said.

Staver says allowing transgender students to choose what gender team they want to play for also creates problems off the field "it really results in unfair competition," he said. "Plus it results in putting students and other athletes at risk," in locker rooms, bathrooms and on overnight trips.

Griffin says the solution is providing more private locker room space for students. "All locker rooms should provide more privacy so students can get it," she said noting that students may desire it for religious reasons, modesty or because they're sexual assault survivors.

Griffin believes that there's no "one-size-fits-all" formula. "Policy should be tailored to the age, developmental level and purpose of competition," she said.

There undoubtedly will be more cases like that of Mack Beggs going forward. States and school districts will have to decide how they treat transgender athletes on the field, off the field and what performance enhancing drugs they will and won't allow.