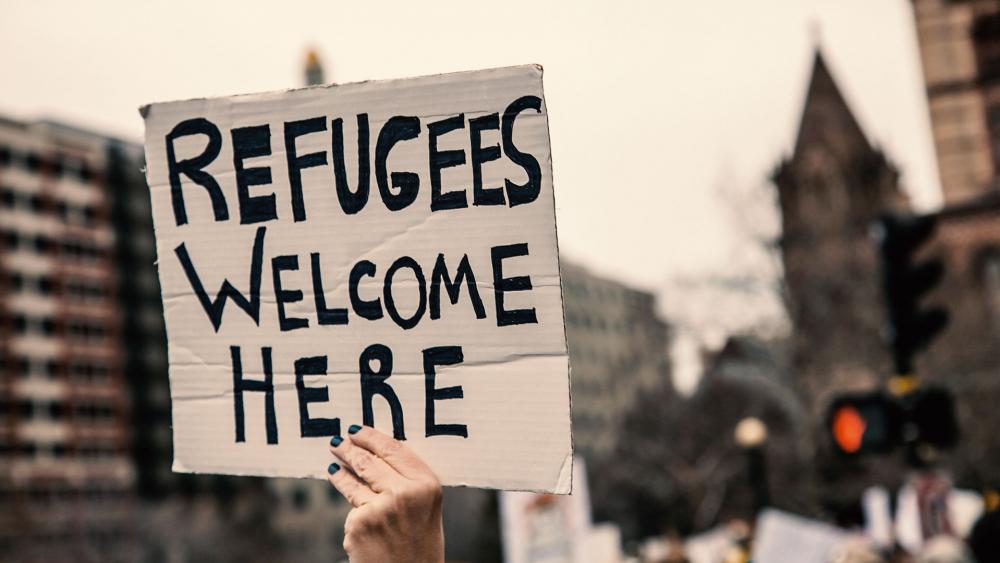 Not all evangelicals agree with Donald Trump's temporary ban on refugees.

"I just think we're called as the church right now to stand up and to be on the right side of history that says, 'We will risk, we will open the doors for children who are starving,'" Voskamp said.

"If we as Christians say we are pro-life, that means we have to be pro-refugee."

Voskamp and her friend Vickie Reddy co-founded a group called "We Welcome Refugees" after they went on a trip to Iraq.

"I sat in a shipping container with Yazidi women who had fled ISIS up Mount Sinjar. They had two arms and they had to decide which of their little children they could grab and take with them and which of their children they would lose. And sitting there, listening to their stories, stewarding their stories, I realized it could be me," Voskamp said. "I think once you look into the eyes of people who have fled war, who have left home because home has become the mouth of a monster, you realize that national security can't ever negate compassion for people who need refuge. Jesus was a refugee. We're called to love our neighbor without exception."

Many of those in attendance help refugee families find housing and jobs.

"We just wanted this to be a prayerful witness … to give moral courage to people walking in the room," Reddy said.

"I think compassion and security don't have to be mutually exclusive. I know how the refugee resettlement program works. I know how thorough the vetting is," she said. "There's always room for security to be relooked at and reconsidered, and absolutely we should be doing that, but I think that the shutting down of the program for any period of time and preventing Syrian refugees from coming here is not necessary. … The reality is that being a refugee is one of the hardest ways to get into this country. It's not an easy way for terrorists to infiltrate or anything like that, because the vetting is so thorough."

"Especially as Donald Trump is receiving a lot of acclaim from some portions of the religious community for his Supreme Court nomination, it was important that the message was sent that we're not forgetting about this executive order," Wear said. "We're going to affirm when he does good and we're going to stand up when he does wrong. … I'm glad to be outside the breakfast this year."

"The travel ban should be rescinded," he added.

Voscamp mentioned that she expected to be criticized by many evangelicals.

Voscamp already sponsored a family that relocated to the US last fall and they are in the process of sponsoring three more.

"We're looking at children right now in Aleppo who are starving to death," she said. Our refugee family, our newcomer family, has told us that they have family in Aleppo eating grass."