Guy Panics After Accidentally Donating $8,000 to Goodwill — Then, a Major ‘Miracle’ Unfolds 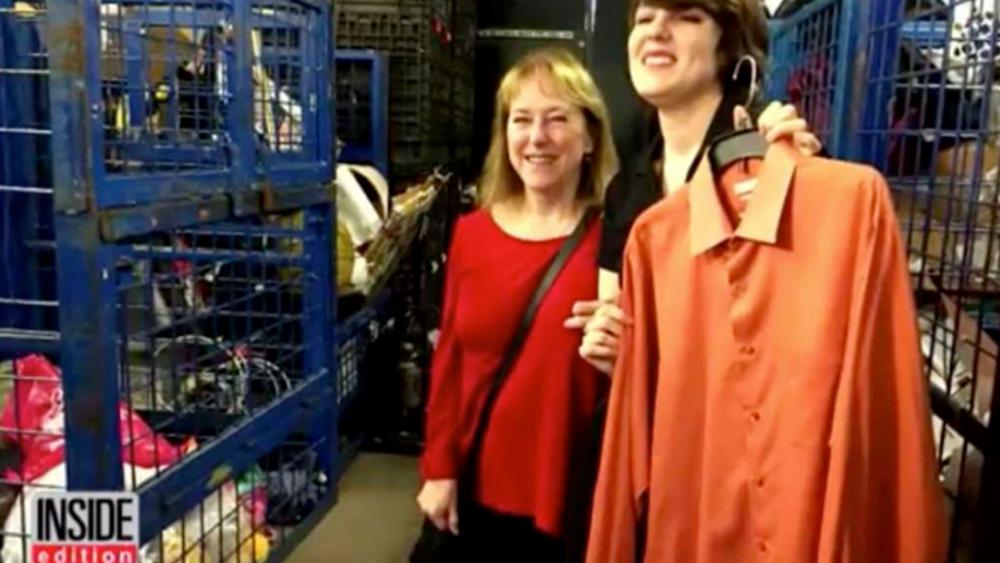 A California man found himself in an absolute panic after realizing he had donated an old orange shirt to the Goodwill — the same shirt he was using to secretly stash thousands of dollars.

Bob Hoffmann, the man in question, had been covertly saving the money for the past six years so that he could surprise his wife, Linda, with a trip to Italy in 2018. And, to date, he had amassed $8,000, the Orange County Register reported.

Recently, though, he learned that a relative in need was soon to be evicted from her apartment, and so he decided to use the money to help her instead. So, he took the cash out of the bank and put it in an envelope before stashing it in his shirt.

That’s where problems began, though, as Linda decided to donate some clothes to the Goodwill. Bob rounded up his old shirts and, not thinking twice, included the orange one that housed the cash.

A few days later, Hoffmann was driving home when his terrible mistake finally dawned on him. He rushed home and calmly asked Linda if she shirts were already at the Goodwill, to which she responded that they were. That’s when he finally divulged the vacation plot, the secretive account — and his plans to give the money to a loved one.

The shocked couple rushed to the store and worked with staff to find the shirt, but to no avail.

“Bob is an extremely strong human being. I don’t want to hurt his male ego … but he was crying,” Linda told the Orange County Register. “I haven’t seen him that distraught since his parents died.”

The next day, though, Goodwill staff member Caitlin Mulvihil called and let Bob know that she had located the shirt and envelope in the warehouse. The money — which could have easily been stolen — was returned.

“I was like, OK, could it be in here?! And then sure enough!” Mulvihil told WITI-TV. “And it was just kind of like, my heart leapt and I was like, thank goodness!”

The honest return of the money left both Bob and Linda rejoicing.

“I can’t believe I actually got the money back,” Bob Hoffman said. “The honesty and integrity of the people at Goodwill are amazing. Someone easily could have slipped that into their pocket.”

Linda agreed, telling WITI-TV, “I would describe it as a miracle. What touched our hearts the most is how honest they were.”

Mulvihil also called it miraculous, telling Inside Edition that it is uncommon for a piece of clothing to be found so easily after a few days of being at the warehouse.

“We get tons of clothes through every day, so it’s kind of miraculous we were able to find it,” she said.

Read the story in its entirety here.