How Will Family Christian Stores Closing Affect You?

The forces that helped drive Family Christian Stores out of business, can't replace the value that the brick and mortar institution added to communities nationwide, a Christian literary agent tells CBN News.

"You cannot mitigate the impact of the largest Christian bookstore chain closing," Steve Laube of The Steve Laube Agency said. "I mean there's just no way to avoid when you have 240 locations in 36 states going away."

"I've always said that the Christian bookstore is the supply sergeant in the Lord's army because I started in the retail business myself so I understand the impact that can have on a community," he continued.

"And to have a place where your specific products, even as simple as the greeting card with a Christian theme -- if that goes away, where do you go?" Laube asked.

"Or if you want to buy a Bible that's a lifetime investment and something you want to look at it first, and you just can't do that online," he told CBN News. "So this will have an impact in that regard."

After being in business for more than 85 years, Family Christian Stores told Christianity Today that it's closing because of "changing consumer behavior and declining sales."

"Amazon is a disruptive factor in all retail," Laube explained. "If you have one place that creates the ability for you to buy your toothpaste, your shirts, your grocery, as well as your books, virtually anything in one place and have it shipped to you to the convenience of your home, it's kind of hard to compete with that, especially when the prices are very competitive."

However, Laube is quick to point out that some retail chains, like Wal-Mart and Marshalls, are doing quite well in today's business climate.

"It's very hard to make blanket and wide-sweeping generalizations regarding Christian bookstore or Christian retail, when in fact, there's an awful lot of them that are very successful and very profitable and highly credible," Laube told CBN News.

"The Family Christian model for whatever reason finally met its end," he continued.

Laube hopes other Christian retail businesses will fill the void.

"There are other viable chains like Mardel's or Lifeway that are in some of these same locations," he said. 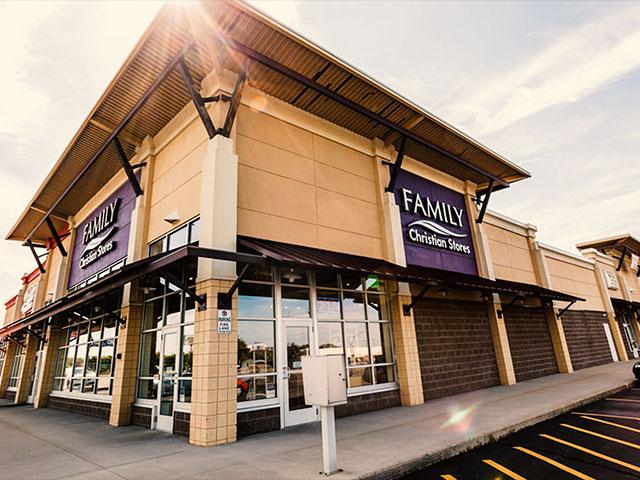