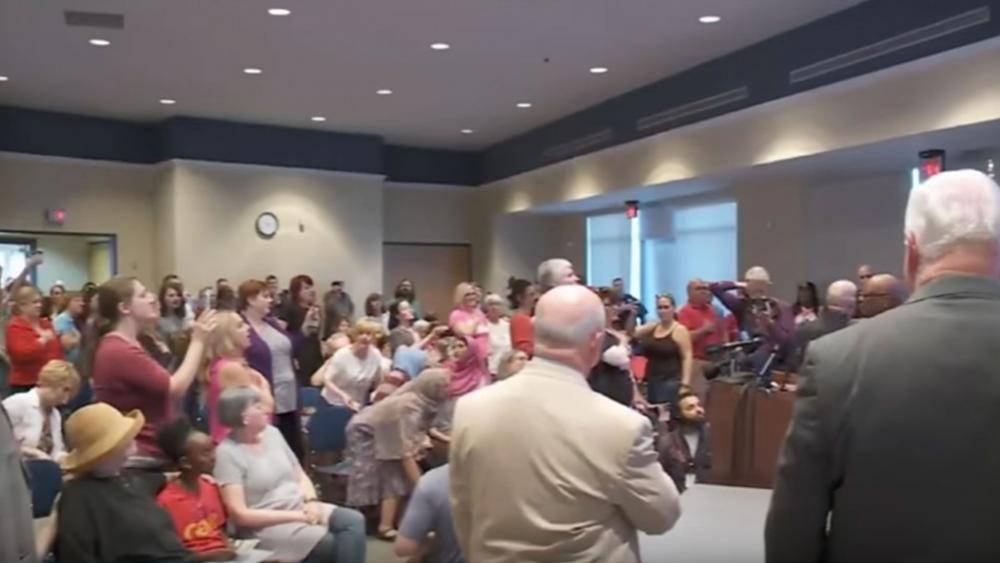 Liberal protestors jeered and mocked a Louisiana state chaplain when he opened a town hall meeting with prayer last week.

However, when Dr. Michael Sprague announced that he would open with a prayer, protesters from a local anti-Trump group called Indivisible, erupted in anger.

Some shouted "Pray on your own time!" while others yelled "Separation of church and state!"

Video of the event records one woman shouting the name "Lucifer" when the chaplain said God's name.

The yelling did quiet down as the prayer continued, but when Sprague said "We pray in Jesus' name," protestors shouted again for the separation of church and state.

They didn't stop there.

As a local veteran took the microphone to say the Pledge of Allegiance, the disruptive group booed him also.

Not only did they refuse to stand for the pledge, they yelled "Do your job" and "Get on with it."