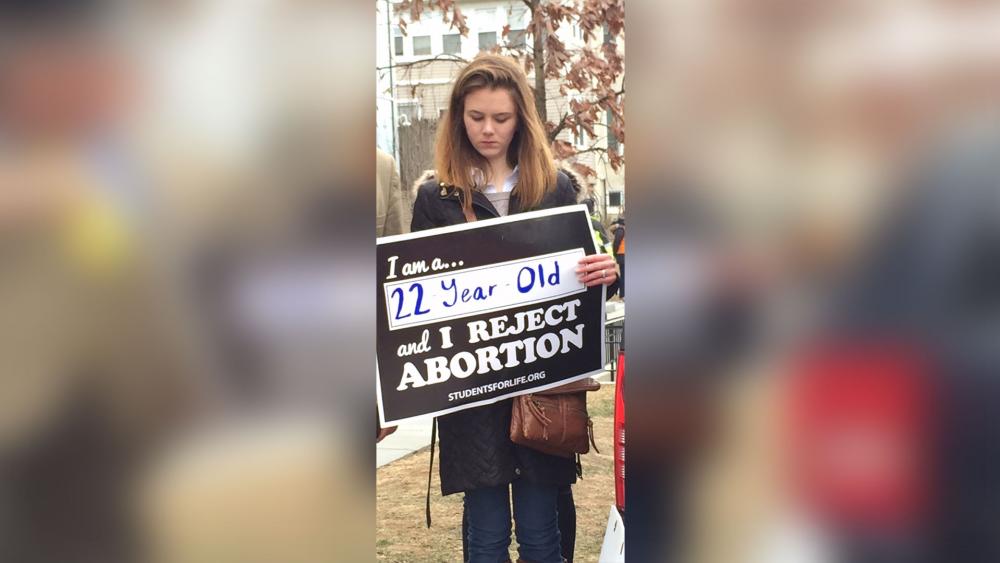 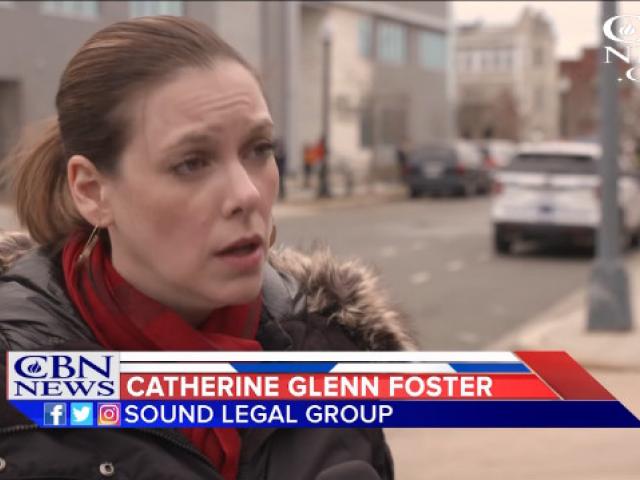 CAPITOL HILL—Pro-life demonstrators were out Saturday at some 200 Planned Parenthood facilities.  Under the banner #ProtestPP, they were protesting that the nation's taxpayers are forced to fork over 430 million dollars annually to an organization that performs more than a third of America's abortions.

Such clinics say they're pro-choice, but Catherine Glenn Foster of the pro-life law firm Sound Legal Group, found the opposite was true when 16 years ago she changed her mind about getting an abortion while on the operating table.

She recalled, "I said 'I can't do this.  This is wrong and I feel really bad about this.  Just let me go.  You can keep the money.'  And they shouted for more people and I had four people holding me down.  One – a nurse – and a staff member on each arm.  The doctor aborted my child.  I'm screaming.  That's not choice."

Foster said of going there, "I walked into that clinic not because I was exercising my right to choose, but because I felt I had no choice. I was scared, I was alone, and I didn't know where else to turn."

Prominent pro-life speakers took on various issues concerning Planned Parenthood during this weekend’s #ProtestPP rallies, held at some 200 locations across the nation to protest forced taxpayer funding of the abortion giant.

'They Wanted My Baby Gone'

But she found no sympathy there at all, stating, "It was not pro-woman, it was not pro-me.  They didn't care about me, they didn't respect my opinion.  They were just in-N-out.  They wanted me gone and they wanted my baby gone."

Protestors like Foster across the country at these rallies were agreeing with Dr. Monica Migliorino of Citizens for a Pro-Life Society, who stated, "Not a single cent of American tax dollars should go to an organization that kills innocent human life."

Protestors in Washington D.C. gathered by the U.S. Supreme Court, where abortion was legalized nationwide 44 years ago with the Roe v Wade ruling. There, Father Stephen Imbarrato of Priests for Life said, "The half-a-billion dollars would be better spent funding legitimate clinics – clinics that give a full range of health care and don't provide abortion – because we know abortions are immoral and against God's will."

Since 1991, three-fourths of America's abortion clinics have closed down. But Planned Parenthood is dealing with that by opening new mega-centers. The controversial location of one opening late last year in D.C. has angered local pro-lifers.

Lauren Handy as a sidewalk counselor has been trying to talk women headed into clinics out of getting abortions for the last four years.

Handy said of the new mega-center, "It's really disconcerting, especially when it's stationed between two elementary schools in a minority neighborhood, because Planned Parenthood has a history of targeting minorities.  So it's just a slap in the face to the D.C. community."

The national organizer of #ProtestPP, Eric Scheidler of the Pro-Life Action League stated, "As citizens gather to encourage Congress to quit sending money to an organization that specializes in killing children, they are also declaring that they do not want Planned Parenthood to continue operating in their neighborhoods." Publicly, the abortion giant plays down how big of a deal abortion is to its business.  But it rakes in $191 million annually from performing the procedures, and that's 60 percent of its income.

There were benefits, though, for meeting or exceeding the quotas.

The Media Research Center's Katie Yoder told CBN News, "They would be rewarded with things like pizza parties, extra time off, lunches with the higher-ups.  And there's just something so revolting about the whole thing, especially the food and abortion link: getting food in relation to abortions."

In the video, former manager Sue Thayer says, "I know it sounds kind of crazy, but pizza is a motivator."

Former Planned Parenthood nurse Marianne Anderson reveals, "I felt like I was more of a salesman sometimes, to sell abortions.  And we were told on a regular basis that 'you have a quota to meet to keep this clinic open.'"

What are your chances of hearing in the mainstream media about this video and its revelations?

"Christian and conservative news outlets are very widely covering this.  But the liberal media, the mainstream media aren't saying a word about it," media critic Yoder stated.  "And it's just so sad because Planned Parenthood claims to be for women, and these videos show that women are numbers to them."

Another Abortion Every 97 Seconds

Yoder was among the protestors in D.C. as they rallied against being forced to subsidize an organization that they argue aborts another unborn baby every 97 seconds. Or as Shawn Carney of 40 Days for Life put it, "Planned Parenthood should not get one dollar of taxpayer money, much less $430 million."

Protestor Foster added, "It is absolutely evil.  And it's time to defund Planned Parenthood and re-direct those dollars towards actual women's health."

Lawmakers in both the U.S.House and Senate are working to defund Planned Parenthood and spend the money instead on health centers that don't abort babies.   In the past, President Obama vetoed such legislation.