The Hidden Homeless: Military Families Who Fall on Tough Times 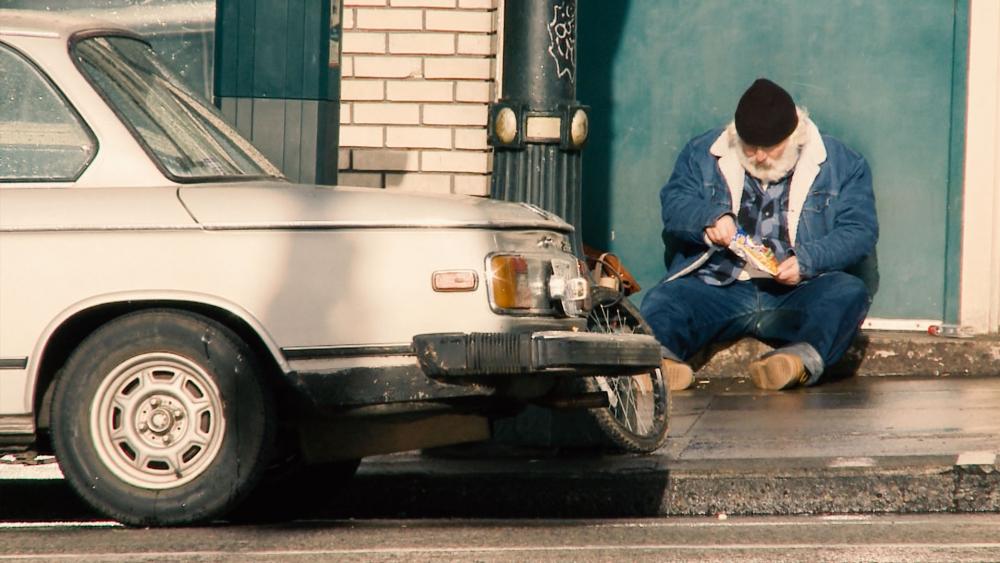 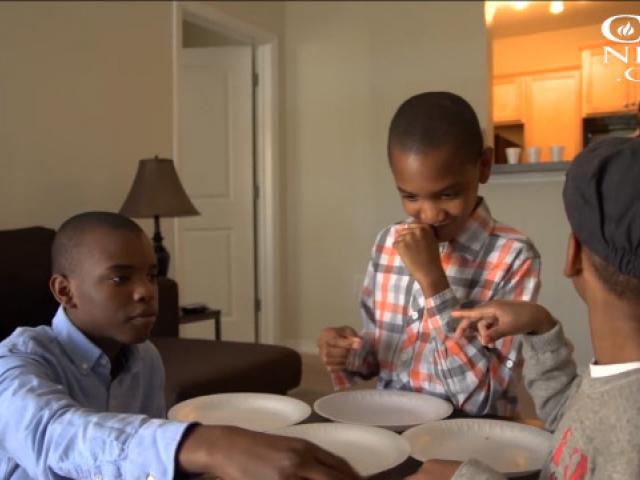 The Hidden Homeless: Military Families Who Fall on Tough Times

HAMPTON, Va. -- More than half-a-million Americans are currently homeless, and many of them are military veterans. As thousands of US troops make their way home from Afghanistan and Iraq in the next couple of years, that number could increase.

It's a predicament facing too many veterans, like Nakisha and Gary King and their family.

Nakisha and Gary are military veterans who fell on tough times after serving in Afghanistan and Guam.

When they couldn't keep up with their rent, they lost their home. Nakisha told their five-year-old son, Christian, that even though they had no place to live, he still had to be a "big boy."

He asked her, "Mommy, what does it mean to be a big boy?" It was a question that became the start of his book, Being 5: My Mommy Says I'm a Big Boy, that is now being sold on Amazon.

"Do I have to give up my Superman action figure and my night light? Can I cook my own dinner? Do I get rid of all my toys? Mommy what does it mean to be a big boy?," it reads.

The Beginning of Tough Times

Nakisha suffers from Lupus, a disease that forced her to undergo several surgeries and blood transfusions. Gary, a 12-year Air Force veteran, was left as the sole provider."

"We were selling our rings in order to keep the lights on," Nakisha said.

When Gary couldn't bring in enough money on his own, the family eventually lost their home and began living in their car.

Hardships After Leaving the Military

Veterans are all too familiar with the difficulties that come after leaving the military. They often fight invisible enemies of addiction, post-traumatic stress, and financial hardships.

"We see veterans who are in their 40s and 50s who, because of a lack of vocational skills or because they are unable to continue their previous jobs, lose their jobs and are unable to work," she explained.

"At first it was hard," said Nakisha of being evicted. "We both shed tears with having to sell things, sell clothes, sell electronic items."

"When you are in a position where you are about to be homeless...you don't want that. Nobody wants that. Especially the head of household and you want to provide for your family. So emotion-wise it was hard," he said.

It was just as hard for their three boys.

Statistics show that vets make up 17% of our country's homeless population. In 2010, numbers reached as high as 76,000 on the streets.

While today's estimates are closer to 40,000, there could be a major increase as thousands of troops prepare to leave Iraq and Afghanistan.

It's a potential crisis driving the VA to be more strategic.

Its goal is to place a veteran in permanent housing within 90 days of their discharge, but finding a home for a family is twice as difficult.

"Those are challenging situations because a number of the resources are designed for a single person," Hankins explained.

Hankins said community and faith-based organizations are stepping up to help.

"The VA is very committed to ending homelessness but we cannot do it alone. It is really a community issue and working with community partners, homeless agencies, and the community churches really coming together. I think has been the reason for the success we've seen," she said.

Gary and Nakisha believe God used Operation Homefront  and the VA's Office of Human Affairs to provide for them. They moved into a new home after a year of living in a car.

"They gave us money to move into our house. They paid the deposit, they paid the first month's rent. Disabled American Veterans brought a tree for our kids, they bought gifts like this was during Christmas time and we didn't know what would happen but it came all together beautifully," Nakisha said.

"We just have to trust God that he will take us where we needed to go and he did," she added. "He intervened and stepped right in and I believe that that test happened for a reason."

Gary and Nakisha now both work at the Hampton, Virginia Veterans Administration office. They want to pay it forward by helping other homeless veterans get back on their feet.

"I know how it feels to not know where your next meal will come from," Nakisha expressed, "and you don't know what's going to happen but you have a support system that is able to help you. You have someone that says 'it's going to be okay I can help you over here.'"

As for her son Christian, he's enjoying this new chapter in life: being six.