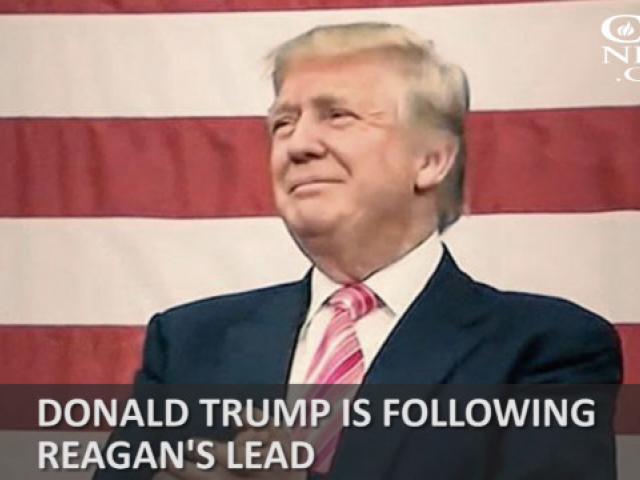 Is the 10% buildup justified and might the president be preparing America for war?

Trump told the governors the new budget will be a "public safety and national security budget."

Beefing up U.S. defenses is part of his plan to keep Americans safe. The president said he wants to assure that, "Our courageous service men and women have the tools they need to deter war and when called upon to fight in our name only do one thing: win. We have to win, we have to start winning wars again."

President Trump said when he was in high school and college everybody used to say we never lost a war. "And now, we never win a war...We either have to win or don't fight at all."

With his first budget, Trump appears ready to embrace Reagan's policy, but Democrats remain skeptical.  Like they did with President Reagan, many believe peace through strength and beefed up defenses often lead to war.

Trump has remained consistent in his criticism of the country's most recent wars.

He calls the $6-trillion Americans have spent waging war in the Middle East (primarily Afghanistan and Iraq) unacceptable, "And we're nowhere actually… The Middle East is far worse than it was sixteen, seventeen years ago. ..We have a hornet's nest, it's a mess like you've never seen before."

The president proposes to help pay for the defense increase by cutting the budgets of other government departments and agencies like the EPA and State Department, long-time favorites of the Democrats.

President Trump may have his work cut out for him if he expects to get his budget proposal through the U.S. Congress as is.

Benjamin Friedman of the CATO Institute predicts it is unlikely to gain approval in its present form.  "While the Democrats agree in principle that we should increase defense spending, they don't agree on how" he said.

Watch our video for more: