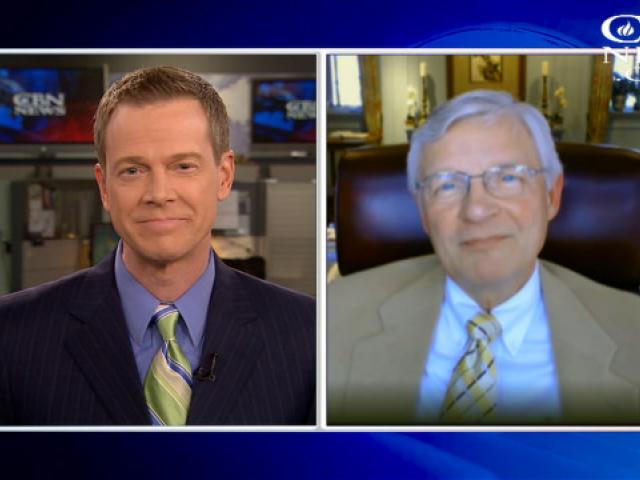 Why George Washington was not a Deist, but a Practicing Christian

On the eve of George Washington's birthday, historian and theologian Dr. Peter Lillback spoke with CBN News about the faith of America's first president, saying Washington was a devoted, practicing Christian and not a deist as some have claimed.

CBN News spoke with historian and theologian Dr. Peter Lillback about the faith of Founding Father George Washington. Watch the interview above.

Lillback has written a book entitled, George Washington's Sacred Fire, and he believes the work proves decisively that Washington was a devout Christian, the evidence being the Founding Father's own thoughts, words and actions.

"If you go through his 30-plus volumes of writings, which I have done, both painstakingly by computer and by reading, I've discovered that he claims to be a Christian on many occasions," Lillback told CBN News. "Further, we find that he even criticizes those that did not believe in God's existence or that God had anything to do with the birth of America."

"He speaks of Jesus as 'the Divine Author of our blessed Religion,'" Lillback continued. "He gives the phrase divinity to Him, and then finally, he calls the Bible, the 'word of God.'"

"Jonathan Edwards, the great father of the first Great Awakening, in his writing says no deist will ever call the Bible the word of God because they believe that God doesn't have a written word," Lillback said.

Lillback is the president of Providence Forum, a nonprofit organization founded in 2000. Its goal is to educate the public about the Founding Fathers' Judeo-Christian principles that provided the basis of Americans' liberty.