WOW! A Must-See Moment of Faith Between Trump and Gorsuch 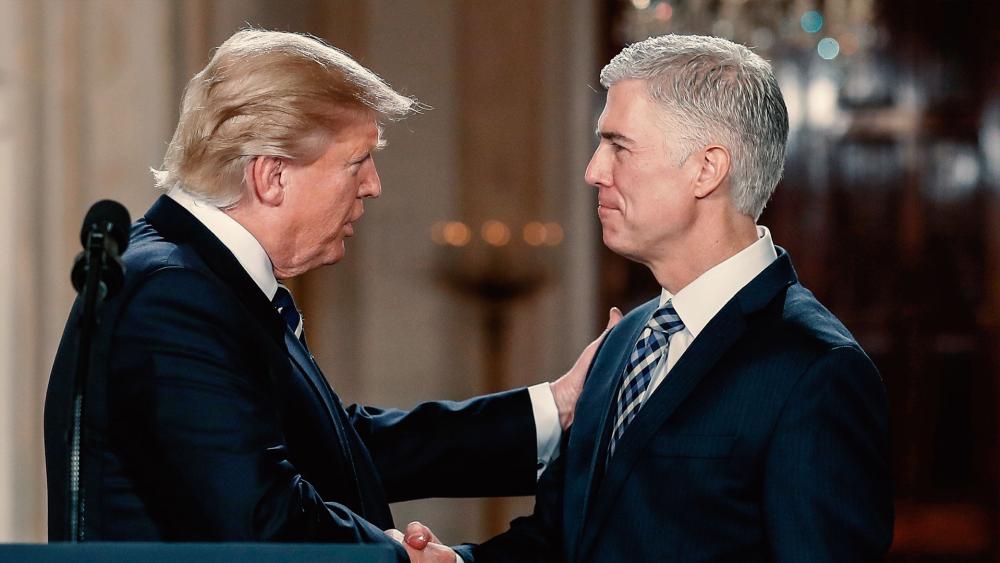 President Donald Trump has tweeted a photo of a unique behind-the-scenes moment of faith at the White House. It's a picture of the president pausing to pray with his Supreme Court nominee, Neil Gorsuch, along with Vice President Mike Pence and several family members.

Moment of prayer last night after my nomination of Judge Neil Gorsuch for #SCOTUS. It was an honor having Maureen and Fr. Scalia join us. pic.twitter.com/caYOwmeMuG

The widow of the late Justice Antonin Scalia, Maureen Scalia, and their son, Fr. Paul Scalia, are also seen joining in this moment of prayer.

Many Christian leaders are applauding Trump for picking Judge Gorsuch to fill the post left vacant by Scalia's death.

CBN News spoke with evangelist Franklin Graham about the Supreme Court nomination, which was a primary reason that many Christian voters supported Trump.

"This election is not about anything else than, it's about the Supreme Court and who do you trust to nominate the next justice. And this man, certainly for all of us Christians, we are very thankful that President Trump nominated him because he will protect religious liberty and that's what, for me, that's what I'm very concerned about is religious liberty," Graham said.

Graham called Gorsuch a true conservative and a great addition to the high court.

Matters of Faith: What You Should Know about Neil Gorsuch
CBN News Email Updates