Bone-Chilling Arctic Weather Moves Through the US 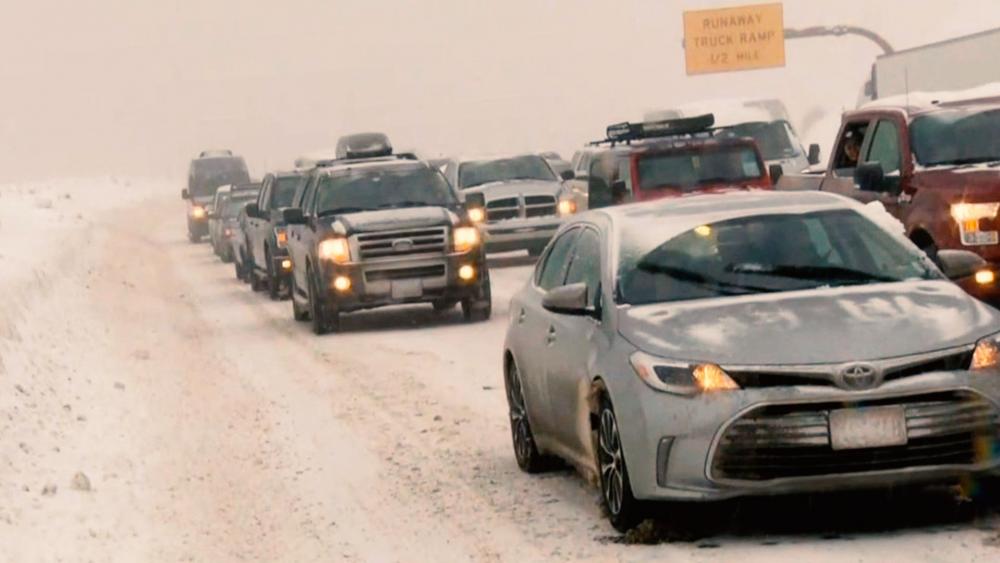 Bone-Chilling Arctic Weather Moves Through the US

Bone-chilling Arctic cold is hitting the Upper Plains and heavy snow has fallen in the western U.S.

From Montana to Utah, temperatures have dropped dramatically and heavy snow in Denver has made it difficult for travelers on the road.

Residents in Oregon say they were not prepared for Winter Storm Helena that pushed east on Thursday.

"We can't predict things like this and when that's going to happen. It's an act of God. We had trees falling all over Portland and the coast today, you know. We had strong winds last night," Capt. Jim Kusz of North Lincoln Fire & Rescue said. "And it's one of those unfortunate mishaps that nobody ever wants to see happen."

The storm triggered avalanches, which claimed the life of an 8-year-old girl named Zaylee Schlect.

Schlect's father, a volunteer firefighter, was working when he received a call that a girl was trapped in Otis, Oregon. It took nearly 20 firefighters to free Zaylee, who was hit by a falling tree while she slept in bed.

She was rushed to the hospital but died shortly after.

The tree that hit the Schlects' home was brought down by strong winds.

"We had very high winds here last night and snow on the coast, which is a very rare event," Kusz confirmed.

People are being warned that they could suffer frostbite and hypothermia if proper precautions are not taken.

Forecasters in North Dakota say temperatures won't be above zero until Friday.

Meanwhile, on the East Coast, residents are preparing for a possible winter storm.  Winter storm watches have been posted from Alabama to North Carolina.