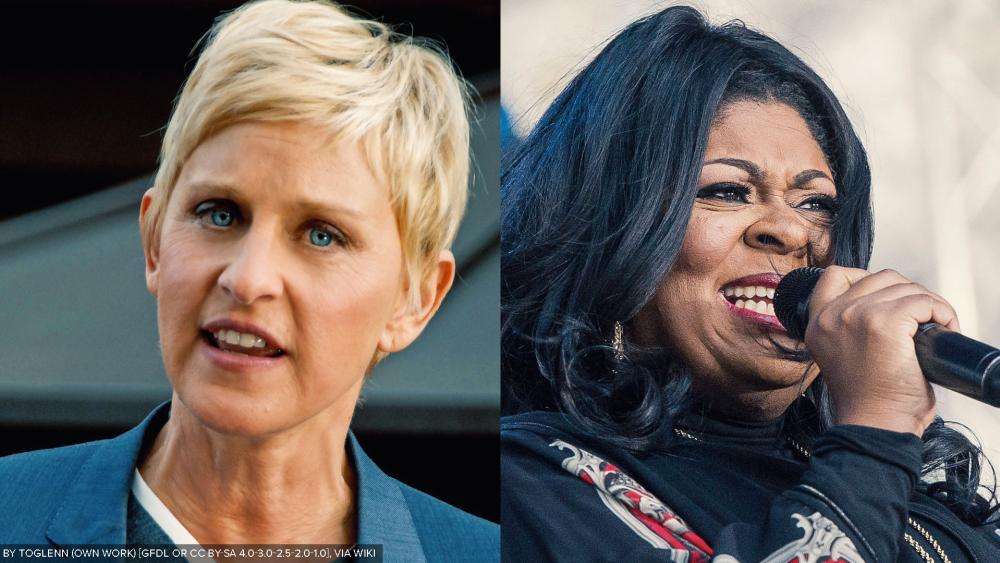 "For those asking, Kim Burrell will not be appearing on my show," tweeted Ellen, one of the most prominent lesbians in Hollywood.

The talk show host issued that statement after Burrell refused to apologize for her sermon on homosexuality.

The Gospel singer was scheduled to perform a song for the film "Hidden Figures" alongside Pharrell Williams on the show this Thursday.

A tape of Burrell preaching at the Love & Liberty Fellowship Church was circulated online.

In her message, Burrell said, "The perverted homosexual spirit, and the spirit of delusion and confusion, it has deceived many men and women."

It wasn't clear when Burrell gave the sermon, but in a Facebook Live video on Friday Burrell referred to unspecified "enemies" for spreading only a portion of her speech.

She said that she has never discriminated against gays and lesbians. "I love you and God loves you," she said. "But God hates the sin."

"The Ellen DeGeneres Show" has issued no further statement.