Grace vs. Hate: How One Boy's Rare Birth Defect is Seen 'Through the Eyes of Hope' 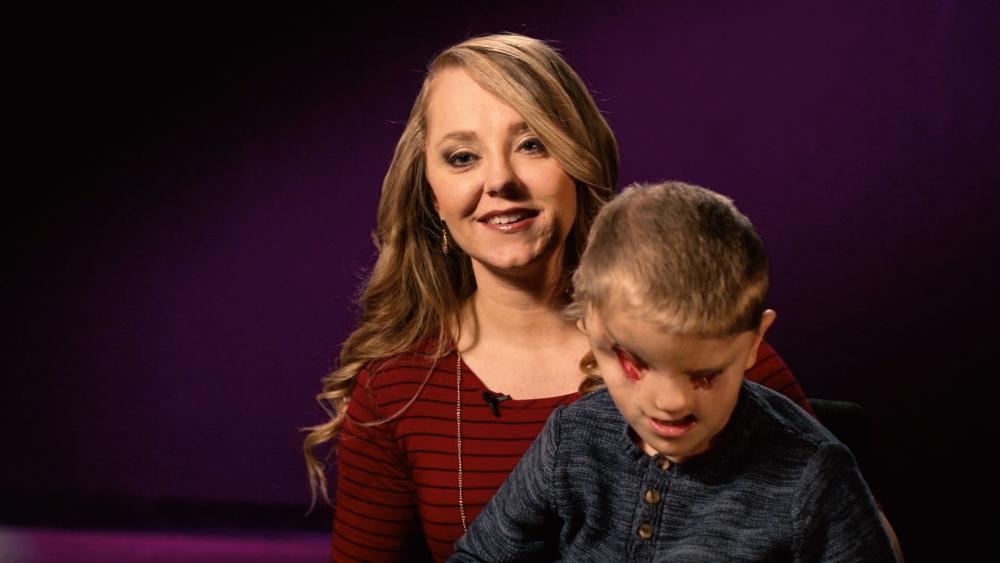 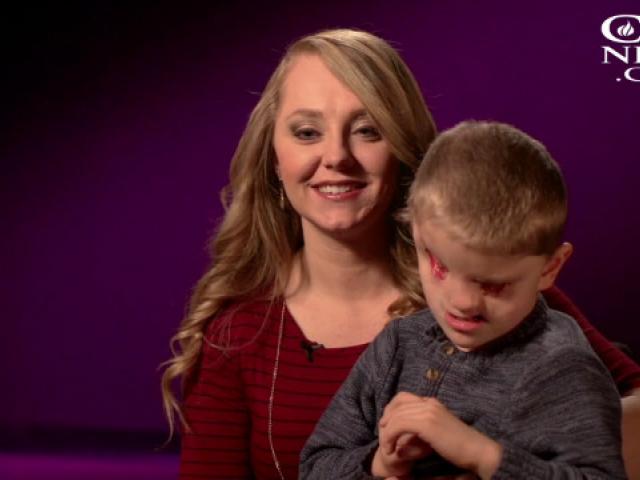 Grace vs. Hate: How One Boy's Rare Birth Defect is Seen 'Through the Eyes of Hope'

Above: Lacey Buchanan describes the joy of being Christian's mother.

Christian Buchanan is a unique little boy. He likes karate, Superman and is fascinated with elevators, but an extremely rare birth defect has left him without eyes.

It would be a challenge for most parents, but Lacey and Chris Buchanan are taking it in stride. They have even made it a point to share Christian's story with the world.

"I have shared Christian on social media his whole life to open up doors, acceptance for him, and to educate people about what it looks like to live with a disability," Lacey explained.  "He is a person, first. He has a disability, but it doesn't define him."

Christian was born with Tessier cleft lip and palate, one of the worst cases his doctors had seen. He also was born with a condition caused by amniotic band syndrome. It essentially left him without eyes.

Although the prognosis was grim, Lacey said that from the very beginning she had faith that God would work all things together for good.

It is that same faith that has helped them to overcome the recent backlash they have received from the public.

Lacey has been called "selfish" and "pathetic" for not sparing Christian a "miserable" life.

"I have found the best way to handle the public backlash is with grace," Lacey said. "A lot of times people don't genuinely mean to be rude or hateful. Handling that with grace opens doors to acceptance and education."

Lacey's new book, "Through the Eyes of Hope," is an effort to not only educate people but to share God's faithfulness through it all.

"This is a tool to share our faith, about the things that God has done for us, and how faithful he has been to be with us through the hard times and the good times," she said. "He always works things together for our good."

Lacey does not deny that the journey has been long and difficult, but she says she would not trade it for the world.

"If you had of asked some of the doctors what prognosis Christian would have been, it would have been a poor one. But he has such a wonderful quality of life. He's in kindergarten. He takes karate. He's a black belt. He loves life, he loves his family. He's an amazing kid," she said.

"Being the mom to a child with some sort of diagnosis, we don't always think of it this way, but it can be a gift," Lacey added. "You learn and you grow and I'm so thankful to be his mom. It's just a journey that I would not trade for the world."