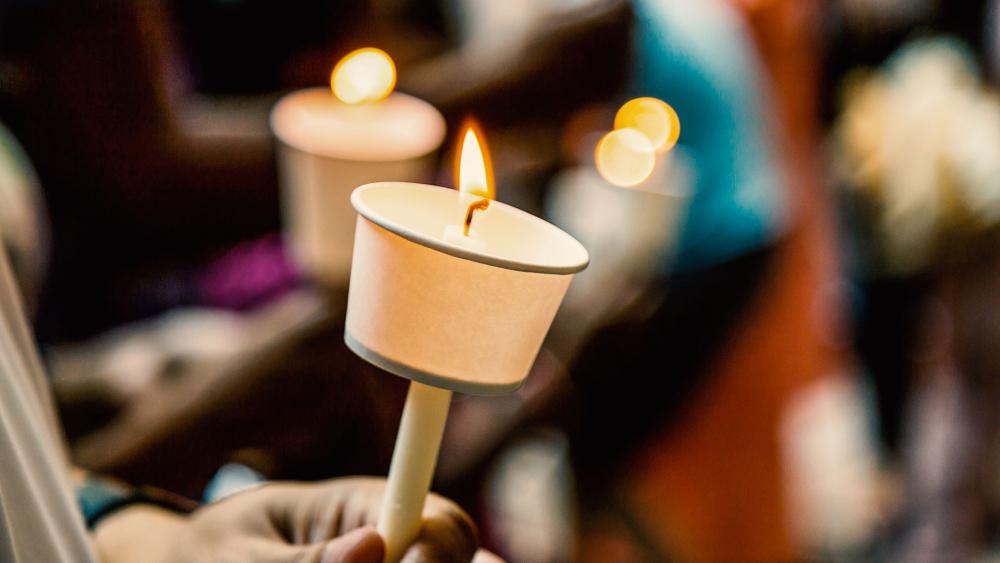 The Orlando police officers who died in the line of duty Monday were honored in a candlelight vigil Wednesday night.

This sweet little one gave out candles and prayer cards to. everyone here at the vigil for our fallen heroes. pic.twitter.com/IKh59IHWd8

Candles and prayer cards were handed out to the crowd, and Orlando Police Chief John Mina and Orange County Sheriff Jerry Demings recognized the fallen and promised that their memory would live on.

. @ChiefJohnMina Our law enforcement community will help their memories live on forever. pic.twitter.com/gr0AjdyiLU

Mira and Demings assured the Orlando community that fellow officers would not rest until suspect Markeith Loyd was found. The reward for information leading to his arrest has been increased to $100,000.

A moment of silence for the officer then followed.

Clayton was shot and killed Monday morning as she attempted to stop Loyd from fleeing near a Walmart. Lewis was killed in a car crash while participating in the manhunt for Loyd.

Lewis’ mother addressed the crowd, saying although it wouldn’t be easy for the family after his loss, they would have “faith and trust in God.”

A video clip shows a portion of her speech, in which she explained how her son had a strong faith.

“But most of all, he always gave thanks to the Good Lord,” she said before becoming teary eyed.

“So on behalf of Norman, me and my husband, and all of my family. We want to say… it’s not going to be easy, but we have faith and we trust God. And we know he’s looking down on us.”

Watch the powerful moment below:

Post created and submitted by the Faithwire news team.