Remembering the Last Man on the Moon: 'There Is a Creator of the Universe' 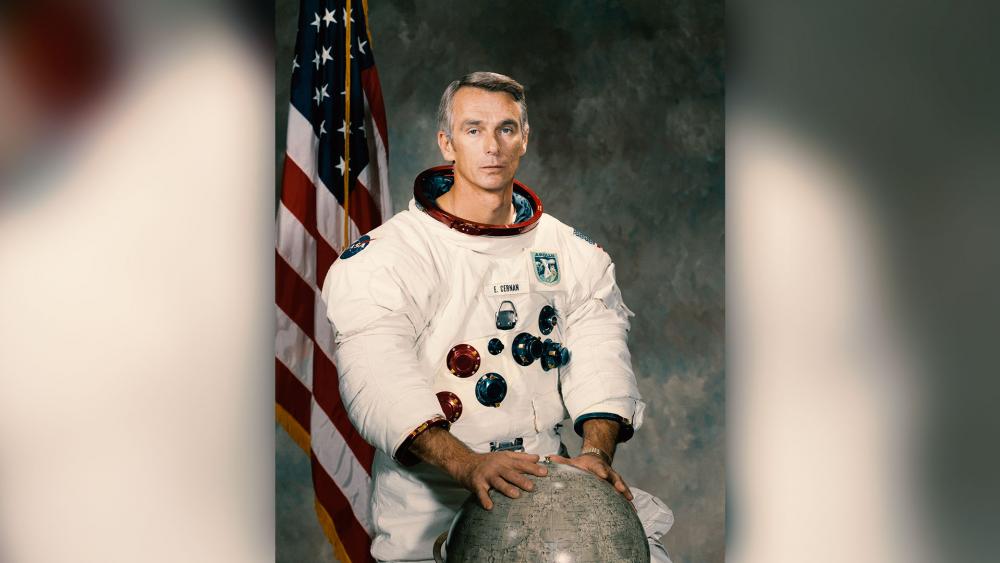 Astronaut Gene Cernan, the last man to ever stand on the moon, has died at age 82.

Cernan described his 1972 visit to the moon as gazing back at the earth from "God's front porch," saying the experience convinced him of the existence of a Creator.

As commander of the Apollo 17 mission on Dec. 14 of that year, Cernan became the last of only a dozen men to walk on the moon.

On December 11, 1972, Cernan guided the lander, named Challenger, into a lunar valley called Taurus-Littrow, with Harrison "Jack" Schmitt at his side. He recalled the silence after the lunar lander's engine shut down.

"That's where you experience the most quiet moment a human being can experience in his lifetime," Cernan said in 2007.

Three days earlier, Cernan, Schmitt and Ronald Evans had blasted off atop a Saturn rocket in the first manned nighttime launch from Kennedy Space Center.

Evans remained behind as pilot of the command module that orbited the moon while the other two landed on the moon's surface. Cernan and Schmitt, a geologist, spent more than three days on the moon, including more than 22 hours outside the lander, and collected 249 pounds of lunar samples.

In a 2007 NASA Oral History Project interview, Cernan recalled how his time on the moon made him a believer in God.

"Science and technology got me there, but when I got there and I looked back home at the Earth, science and technology could not explain what I was seeing nor what I was feeling," he said. "You look at the Earth, and it very majestically yet mysteriously rotates on an axis you can't see but must be there. There are no strings holding it up. It moves with purpose. It moves with logic."

"There was too much purpose, too much logic," Cernan continued. "Science and technology could not give me the answers I was looking for, and I came home with a conclusion that it's just too beautiful to have happened by accident. There must be something you and I, all of us don't fully understand about the creation of the universe, about the miracle of life itself."

"Looking at the Earth in all its wonder, in all its splendor -- it's all dynamics; it's alive," he marveled. "It's not tumbling through space. It's not moving aimlessly. It's moving with logic and purpose. It's too beautiful to have happened by accident. What I'm saying is there is a creator of the universe. There's a God."

In all, Cernan logged 566 hours and 15 minutes in space, with more than 73 hours of them on the moon's surface.