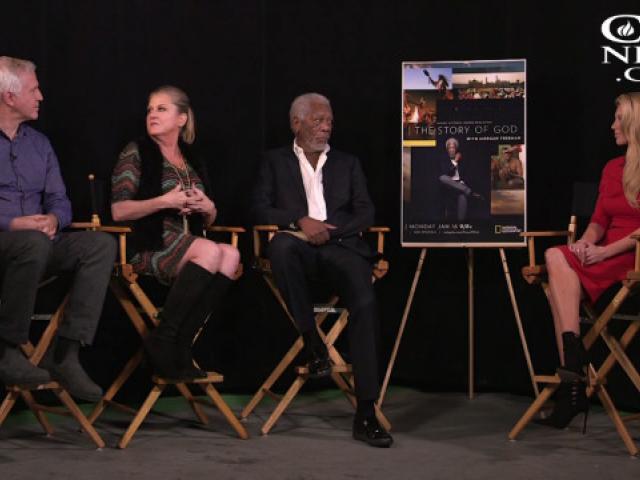 "We're talking to people who have had and are having very interesting experiences in this realm," host Morgan Freeman shares.

Freeman meets with different people who believe they are called or "chosen" to live a life dedicated to sharing their faith.

The first episode includes American missionary Kenneth Bae, who was held captive in a North Korean prison for being a Christian. Bae ran religious tours, bringing missionaries in and was accused of attempting to overthrow the government.

He served 735 days of hard labor, and he was released in 2014 following pressure from U.S. President Barack Obama.

"I knew the risk, I knew that they don't tolerate anything but their own religious system, but I felt chosen to do this by God," Bae shares.

Freeman visits some of the world's most sacred places throughout season two, taking the viewer on a journey to explore how other cultures practice their beliefs. With presenting multiple belief systems and narrating in a neutral tone, the series has had controversial and mixed reviews. Revelations Entertainment and National Geographic are planning a third season to continue addressing some of humanity's biggest questions.

The series is slated to release three episodes themed, "The Chosen One," "Heaven and Hell" and "Proof of God."