Winter Storm Ira on the Move, Follows Helena as Next Weather Threat

Winter Storm Helena brought up to two feet of snow as it made its way into New England. Forecasters now warn that Winter Storm Ira is not too far behind.

So far, Ira's is impacting the West with snow and ice but could make its way to the Midwest and Northeast by early next week.

An ice storm warning has been issued for Oregon's Willamette Valley. Winter storm warnings and winter weather advisories have also been issued to other parts of Oregon and Washington into Idaho, Montana, Wyoming, Utah, and Colorado, Weather.com reported.

Meanwhile, at least five people are dead after temperatures across southern states dropped to below freezing late Saturday.

A man died in Greene County, Virginia after he hit another vehicle before running off the road and overturning in a creek.

North Carolina reported more than 700 crashes, while Virginia State Police said they responded to 500 crashes. Parts of three interstates in Mississippi were gridlocked by icy conditions. Hundreds of flights were canceled, from Atlanta to airports farther north.

"The driving conditions are unsafe," said Connecticut highway director Tom Tinlin. "We are talking about the potential for white-out conditions, close to zero visibility."

A wintry mix of sleet, ice or snow could make its way to the Northeast again by Tuesday. 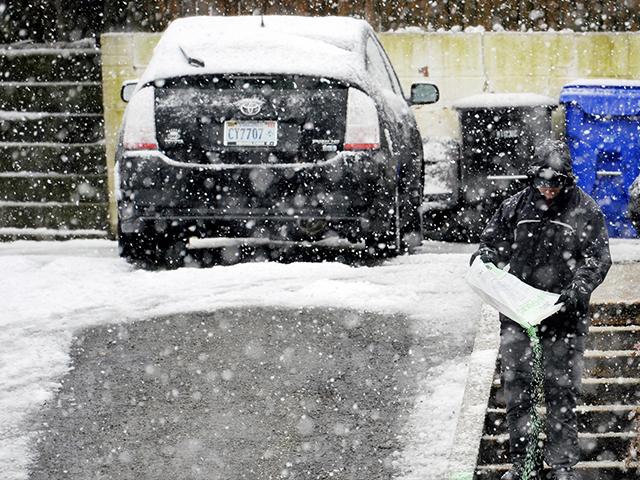