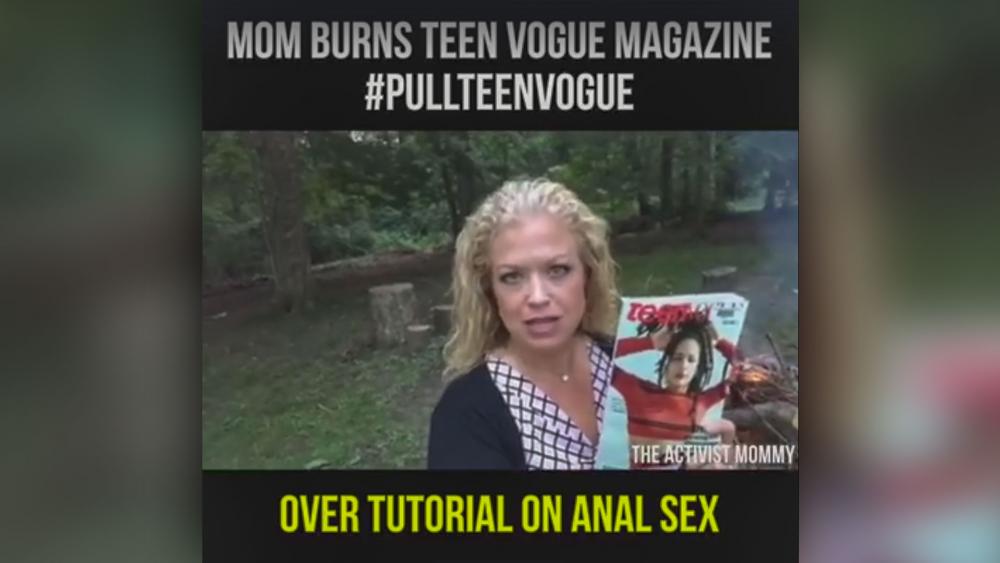 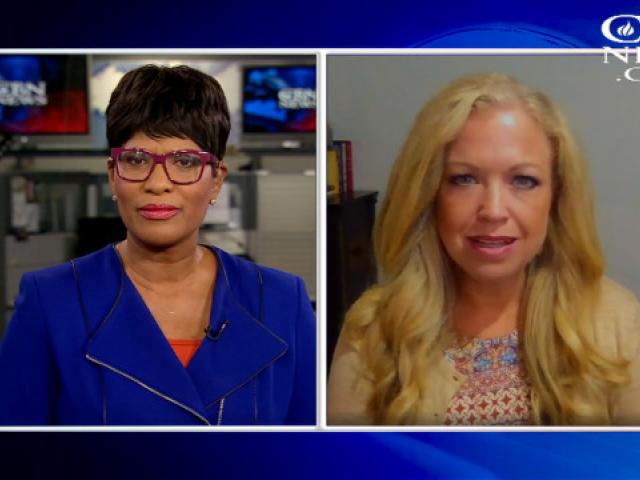 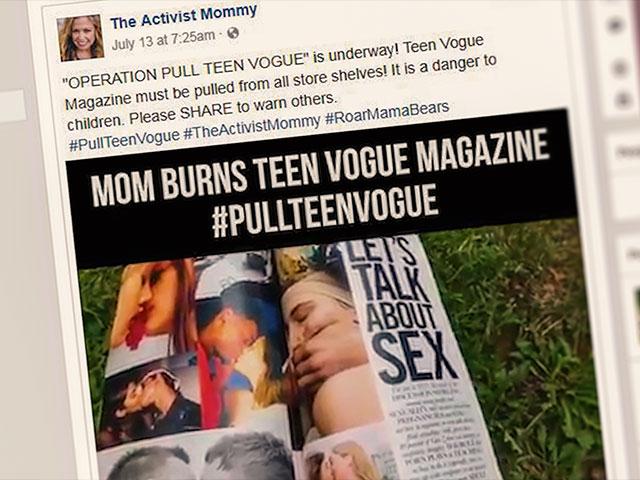 Elizabeth Johnston, also known as the "Activist Mommy" is outraged over a recent article in Teen Vogue magazine that tells kids how to perform sodomy.

"They are teaching children 11 through 17, that's the target audience of this magazine...how to be safely sodomized," she says in the video.

Johnston's video, posted on her Facebook page, has been viewed more than 8 million times.  In it, she also talks about #OperationPullTeenVogue, which encourages parents to demand stores pull the magazine from their shelves.

Johnston told CBN News her initial reaction to the article saying, "I was just so outraged when some parents sent me this article."

"I could not believe what I was reading. And the worst part about it was that here you have adults peddling this sexual information to minors; to children," she said.

Johnston is not alone. Conservative and liberal parents alike are shocked and angry about the article.

"I went to my local Kroger, grabbed all 9 mags on the rack," a man named William wrote on Facebook, which Johnston shared on her page.

"I walked right up to the manager and asked him if he would allow his kids to read this. No joke folks, he literally ripped them up and told his loss prevention team to write them off as stolen. I'm now shopping there for the rest of my life."

“[The] Left wants nothing more than to turn your child into a sexual deviant. This is the primary goal of modern leftism,” says Walsh. “Nothing matters more to them than converting your child into the religion of self-indulgence. After all, it may be too late to mold you into a desperate, lonely, sex-obsessed freak, but your daughter? Well, she’s ripe for the picking.”

Jennifer Hartline of The Stream also weighed in. Writing in an article called, "The Predator in the Fashion Magazine: Teen Vogue Coaches Teenagers in Sodomy," she said, "Wake up, Moms and Dads! A magazine produced for your teenage daughters is giving them explicit instructions on how to be sodomized. It is teaching them how to be used by a guy, in a very dangerous way, for his pleasure and satisfaction. It is giving the clear message to every teenage boy that it's perfectly acceptable to sodomize a girl, to use her, even physically hurt her for the sake of an orgasm."

Peter Sprigg, Senior Fellow for Policy Studies at the Family Research Council released a statement about the article saying, "It is, frankly, disgusting that Teen Vogue would think this is an appropriate subject to discuss—and actively promote—with young people."

Johnston said this is the kind of "righteous indignation that we must return to if we ever hope to save the next generation from this sexualization that is being pushed upon us by progressives."

Teen Vogue's Digital Editor, Phillip Picardi, who is gay, responded to the backlash.

The backlash to this article is rooted in homophobia. It's also laced in arcane delusion about what it means to be a young person today.

"The backlash to this article is rooted in homophobia. It's also laced in arcane delusion about what it means to be a young person today," tweeted Picardi.

Meanwhile, Johnston pointed out that article's content to teens may even be illegal.

"I'm going to read to you section 1470 of Title 18 of the U.S. code -- prohibits any individual from knowingly transferring or attempting to transfer obscene matter using the U.S. mail or any means or facility of interstate or foreign commerce to a minor under 16 years of age. Convicted offenders face fines and imprisonment for up to 10 years," she shared.

"So the law is on the side of decency."

She also highlighted a Teen Vogue article from earlier this year called, "Video Shows Toddlers Understand Consent: It's Like Sharing."

"In May they published an article and a video that says that minors, that toddlers, even toddlers know how to consent...toddlers can't consent," said Johnston.

Johnston wants Teen Vogue Magazine pulled from shelves everywhere because she believes it is a danger to children.

She is also urging parents to call the U.S. Department of Justice to complain that Teen Vogue is 'pandering obscenities to minors.'

"We're also about to start pressuring advertisers, and I hope to have an announcement today about a few large organizations who are joining ranks with us and to spearhead this campaign to pressure Teen Vogue's advertisers to pull advertising.

But Johnston said most of all, parents should do the leg work themselves.

"Go to your local library, grocery store and gas station and see if they are carrying Teen Vogue...speak to the manager and ask them to never carry Teen Vogue again. This is obscenity. This is pornography and this needs to be pulled from the shelves." 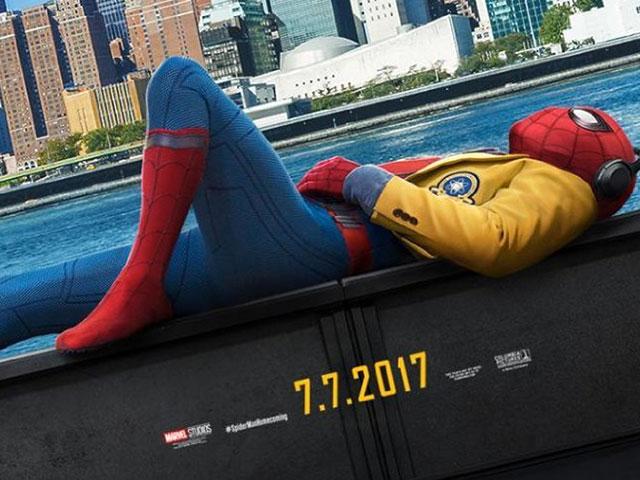