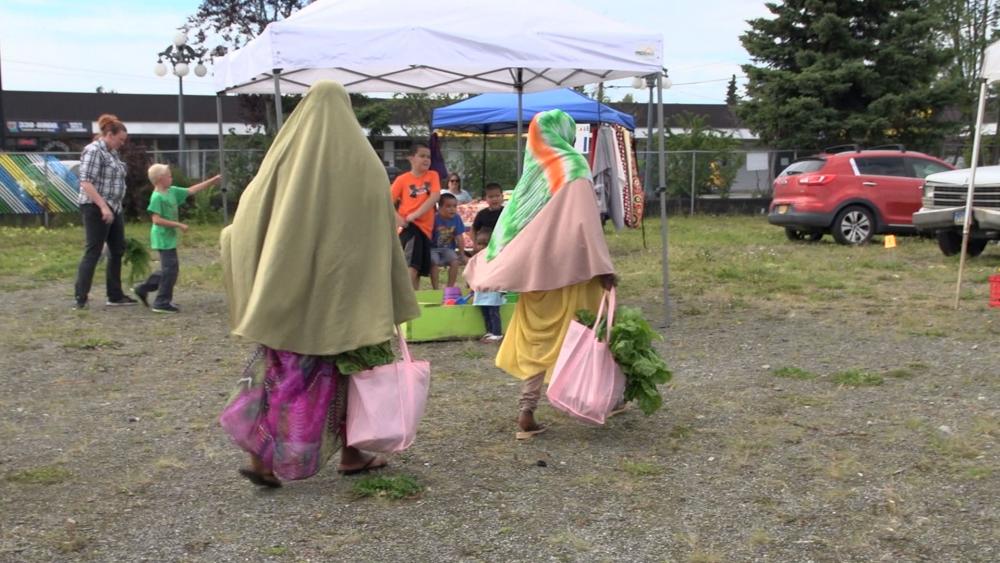 "The government implemented an ethnic cleansing policy and then forcefully displaced that population out of the country  – and I am one of them," said Hari Kefley, a Bhutanese refugee.

The latest global trends report from the U.N. notes that in 2016 alone, violence drove some 65 million people from their homes. That's more than the entire population of France.

"Instead of developing better asylum systems that are hospitable, that recognize the hardship and the difficulties and the reason for people to flee, barriers are erected. The barriers need not be physical, sometimes they are legislative barriers," said UN High Commissioner for Refugees Filippo Grandi.

Grandi recently reported that the space needed to provide these people homes far outweighs the amount made available by governments.

When people only hear or consider statistics, it becomes easier to ignore a crisis. But behind these numbers are people and families, torn from their lives, their homes – and driven into exile.

Anchorage, Alaska, is working on new policies to integrate immigrants and refugees as they resettle there.

"You can walk through any store, down any street and not know how many different languages you just heard," said Amy Coffman, special assistant for the Welcoming Anchorage Initiative.

"It's a continual inter-cultural arena here, and for us, that has given us a very different view from what people would think they would find in Anchorage, Alaska."

In 2016 the city won a grant to promote inclusiveness for immigrants and refugees.

"We really want to help try and figure out who we've got and how do we start working with businesses with government, with the university to make sure that we're really giving them that opportunity to succeed," said Coffman.

As part of that strategy, the Anchorage Community Land Trust is focused on revitalizing Mountain View  – one of the country's most diverse neighborhoods  – as destination for refugees.

"We have people from every corner of the earth in this one little small footprint," explained Kirk Rose, executive director of the ACLT.

"Every day is this little experiment of these people coming together to call this one place home and the city is watching and the nation is watching  – how it all works. What does harmony look like, what are the challenges, what do people need," Rose said.

In its efforts to transform Mountain View, ACLT asks a lot of questions. It then takes action based on what it learns from residents.

"Mountain View was always seen as a last resort community and we saw that in resident tenure. So people would stay, on average, zero to two years. Since revitalization has been taking place, people are staying longer. The average tenure now is two to five years," said Rose.

Everyone Benefits When Refugees Succeed

Catholic Social Services is among the groups helping refugees succeed after they've relocated.

"Over the past five years we have resettled a little over 700 refugees here in Anchorage," said Lisa Aquino, executive director of CSS in Anchorage.

Aquino told us about specific challenges refugees face when they finally find a place to start a new life.

"On average a refugee that's resettling in the United States has been displaced from their home for I think 17 years. So imagine that, they haven't been able to have a home, where they could live, where they could safely send their child to school, where they could have a job and save money  – for a very long time, before they've come here," said Aquino.

CSS then works with refugees on making the transition to Alaska by helping with language, job skills and surviving the harsh climate.

Kefley resettled here in 2009. He quickly learned English and found a job  – determined to be successful in his new home.

"Refugees work very hard, they are very dependable persons. Once they get the job, they will keep the job and they have very strong determination that, 'I have to do something, I have to come up from the bottom level,'" Kefley said.

Now a U.S. citizen, KIefley works for CSS, helping others adjust to their new lives.

Going forward, Anchorage will continue to explore what makes its city a place for people to come, stay and succeed.

"I think especially in a time where we're seeing a lot of rhetoric that brings about fear of people from different countries  – this is one very, very critical component to help people understand the strength that we gain from people coming from different places and, again, sharing their talents, and their education levels with us and becoming a part of this community," said Coffman.