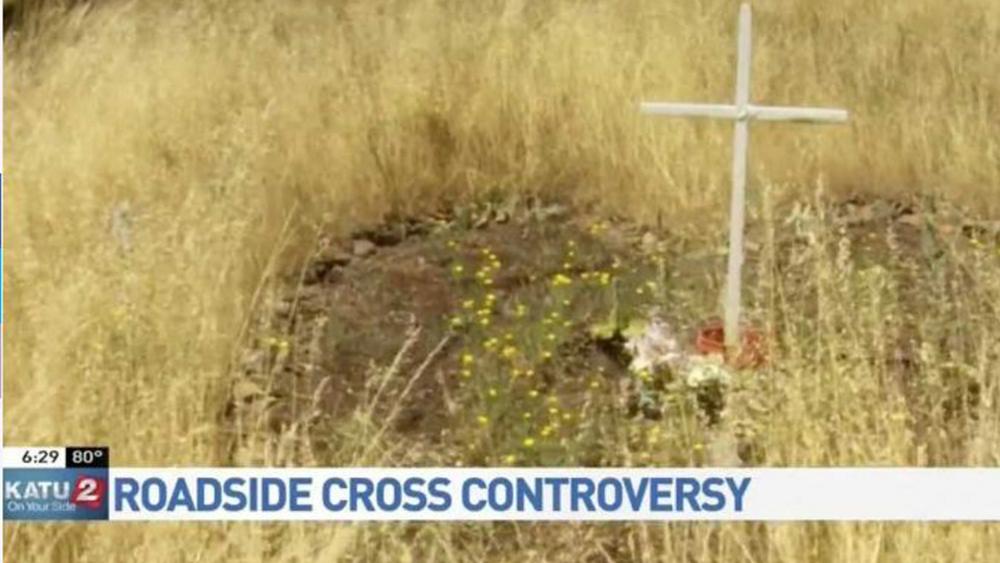 An atheist activist group is demanding that the city of Salem, Oregon, remove a roadside cross that was purportedly erected to remember the life of a mother who was killed in a tragic car crash years ago, arguing that the symbol’s presence on public land is unconstitutional.

READ: ‘Demons and Darkness’: Chinese Shaman on the Brink of Death Reportedly Meets Jesus in a Dream

This is reportedly the first time that the cross, which is about four feet tall and has reportedly been near a local road for more than a decade, has received any complaints, KATU-TV reported.

“We had a woman killed there in an accident 10 or 12 years ago,” Salem Mayor Chuck Bennett told the outlet. “Her children wanted to put up a memorial to her, did and have maintained it ever since.”

But while the cross offers solace to the family, Cheryl Kolbe, Portland chapter president of the Freedom From Religion Foundation, an atheist activist group, argued that its presence on public land conveys a message of support for the Christian faith.

“This is not the same as a very recent car accident where somebody put some flowers or whatever or even a cross on the side of the road a week or two,” she told KATU-TV. “The cross dramatically conveys a message of governmental support for Christianity whatever the intention of the display may be.”

The FFRF said that an unnamed individual complained about the cross’s presence, so the group is now asking the city to move the cross to private land, arguing that its presence poses a constitutional violation.

“The religious significance of the Latin cross is unambiguous and indisputable,” FFRF attorney Rebecca Markert wrote in a letter to Bennett. “A majority of federal courts have held displays of Latin crosses on public property to be an unconstitutional endorsement of religion.”

Bennett said that he and the city will explore options to discern the best next steps on the matter.