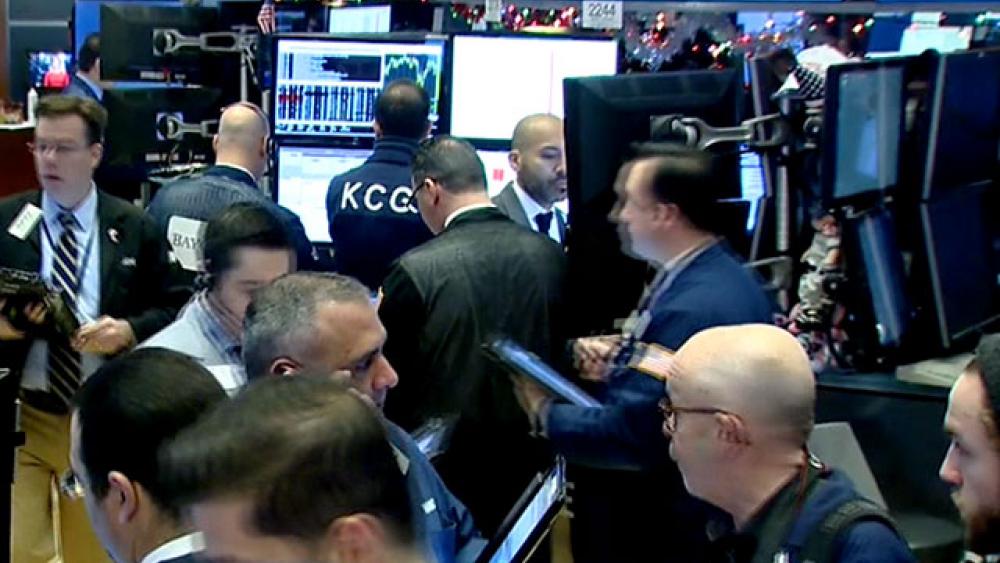 While announcing its decision to hold short-term rates steady, the Federal Reserve said that it may begin paring the massive $4.5 trillion balance sheet it built up following the financial crisis "relatively soon," which some analysts took to mean as September. The Fed also said that inflation looks to remain below its target of 2 percent in the near term.

After the Fed's announcement, drops for Treasury yields accelerated, and the 10-year yield fell to 2.29 percent from 2.33 percent late Tuesday. The two-year yield sank to 1.35 percent from 1.39 percent.

Lower bond yields make the dividends paid by stocks more attractive, and the biggest dividend payers picked up momentum following the Fed's announcement. Utility stocks in the S&P 500 climbed 0.9 percent, for example, more than doubling their gain after the Fed's decision.

The best-performing area of the market was the telecom sector, which jumped after AT&T reported stronger second-quarter earnings than Wall Street had forecast. Its stock rose $1.81, or 5 percent, to $38.03.

Boeing was the top-performing stock, and it had its best day in more than eight years after it raised its forecast for earnings this year and reported better-than-expected earnings for the second quarter. It jumped $20.99, or 9.9 percent, to $233.45.

AT&T and Boeing were only the latest companies to report healthier profits for the April-through-June quarter than analysts expected.

The S&P 500 is already up nearly 11 percent for the year on the expectation that corporate profits will continue to rise, and the stronger profits help to validate the big gains. Wilson said he's noticed some particularly encouraging comments from companies about improvements they've seen in their European businesses.

Akamai Technologies fell to the sharpest loss in the S&P 500 despite reporting better-than-expected second-quarter results. It gave a forecast for third-quarter revenue and other measures that were lower than analysts were expecting, and its stock dropped $7.79, or 14.6 percent, to $45.49.