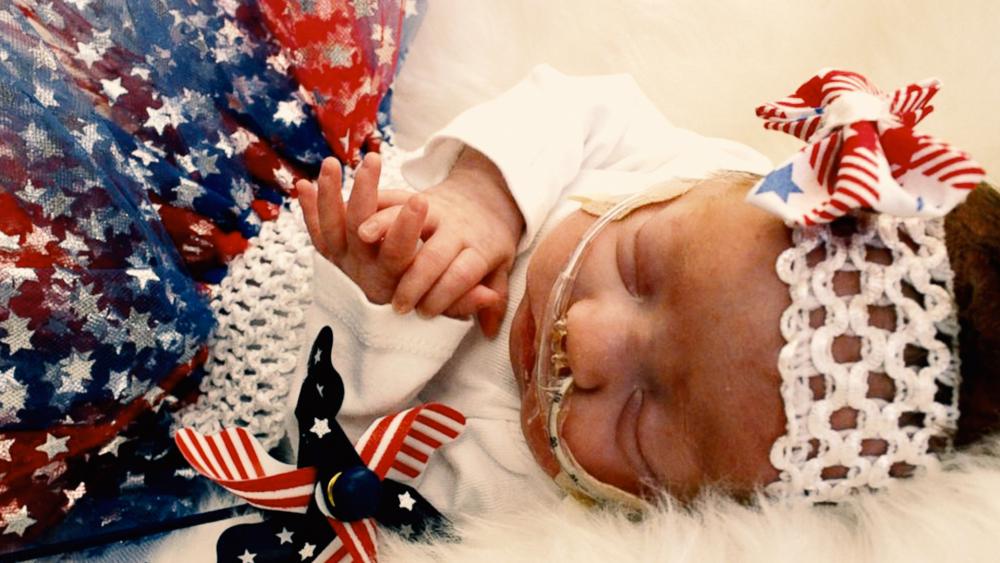 The University of Cincinnati Medical Center is showing off some of the most patriotic babies in the country during the Fourth of July.

They are shining like a bright light in the hospital halls, wearing their red, white and blue outfits.

Special tutus and bowties were made for them to celebrate the nation's birthday.

The March of Dimes planned the celebration to give families something in common with the rest of the nation while spending their day in the hospital.

"Each year hundreds of thousands of babies struggle to survive in newborn intensive care units (NICUs) across country. Those babies and their parents will spend months — and holidays — away from home and without any sense of normalcy," the March of Dimes president, Stacey Stewart, told ABC News. "The March of Dimes offers education and creative programs like the red, white and blue baby celebration at the University of Cincinnati Medical Center to help NICU parents cope with the daily stress of a sick baby in the hospital."

"It means so much to us. It's a great feeling!" parents Kenneth and Ashley Hamner said in the ABC News report about their baby Kamron.

"It's our son's first photo shoot and we are very proud parents. We love the fact that March of Dimes thought about our children enough to do a photo shoot for them," they added.

Parents of twins, Ryan and Simeon Morris are also grateful for the celebration.

"It's special to see the support that the babies receive in the NICU and even though they may not remember it, making these memories as if they were at home with us is just as special and important for them to see years from now," said Tim and Morgan Morris.

"It is also a meaningful date for us personally as we got engaged three years ago on the Fourth of July," they added.

The photographer, Amy Mueller was the mother of a preemie eight years ago.

She said she understands the struggle for families.

"It became clear to me why I am here on earth and that is to serve other families just like ours in the NICU," said Meuller.