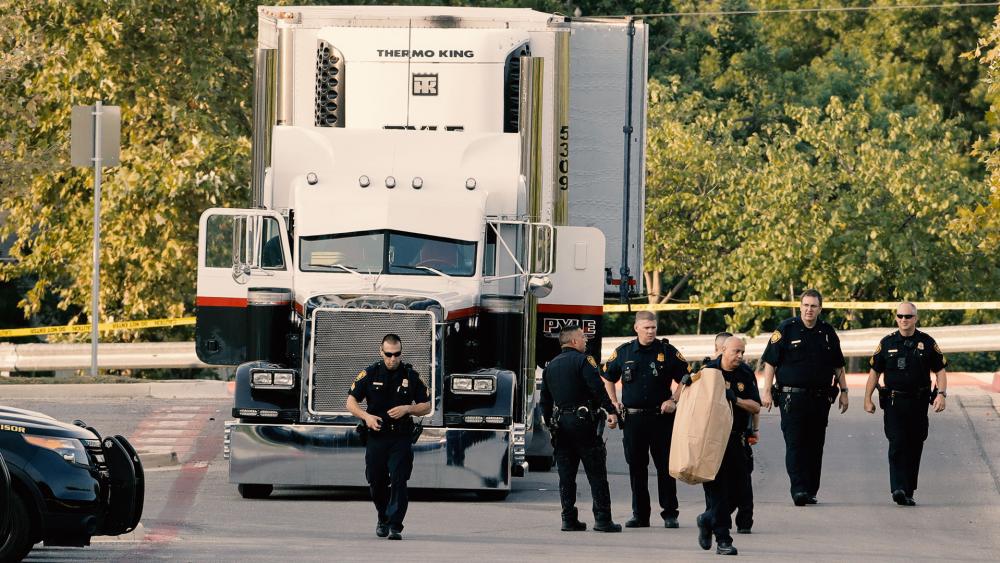 A smuggling incident has left at least 10 people dead after a gruesome discovery in a Walmart parking lot in Texas Saturday night.

An employee alerted authorities after a man approached him asking for water, leading police to conduct a welfare check.

That check led police to a grisly discovery: eight dead and 30 injured, including children, inside the back of an 18-wheeler tractor-trailer. Many were suffering from heat stroke and dehydration. Another victim has died since Saturday, and officials say others are still fighting for their lives in the hospital.

The driver of the truck has been taken into custody. The Department of Homeland Security has also joined the investigation.

DHS Secretary John Kelly released the following statement, “This tragedy demonstrates the brutality of the network of which I often speak. These smugglers have no regard for human life and seek only profits. The Department of Homeland Security and its partners in the U.S., Mexico and Central America will continue to root out these smugglers, bring them to justice and dismantle their networks.”

Authorities don't know how long that truck had been sitting in the Walmart parking lot or where it came from, but they know it had no air conditioning.

"This is a mass casualty situation for us. We treat it like you would do an airline crash," explained San Antonio Fire Chief Charles Hood.

McManus said events like this are all too common and warned the public to contact police if they see groups of people exiting from large vehicles like tractor-trailers.

In 2003, 19 immigrants were found dead in a tractor-trailer in Texas.

The driver of that rig, Tyrone Williams, abandoned the truck just outside of Houston after discovering the dead bodies inside. He was sentenced to 34 years in prison after multiple life sentences were overturned.

It is considered the most deadly human smuggling incident in U.S. history.