New Report: Refugee Terrorism Problem is Bigger Than You Think 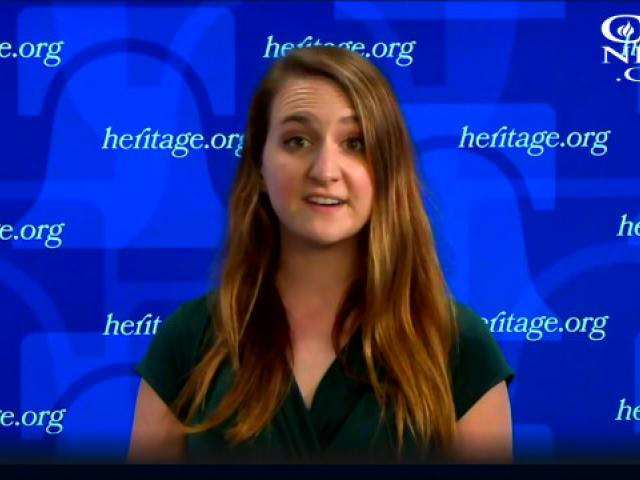 New Report: Refugee Terrorism Problem is Bigger Than You Think

A new report reveals that at least 61 people who came to the United States as refugees between 2002 and 2016 participated in terror activities aimed at injuring or slaughtering people on U.S. soil.

This new information from the Heritage Foundation could provide new fuel to the debate over immigration policy and President Trump's recently reinstated travel ban.

The Heritage Foundation identified dozens of refugees who came to the United States and did anything from lying to authorities about ongoing terror plots, to personally taking part in terror plots themselves.

The report also presents a new problem -- that none of the United State's security efforts can effectively prevent the "1.5 generation," or individuals who immigrate to the country before or during their early teens, from becoming radicalized after they have already entered the country.

What's unique about the 1.5 generation is these young refugees do not let go of the cultural values and characteristics of their home country when they reach the United States. Therefore, assimilation becomes much harder and radicalization becomes much easier.

Olivia Enos, who helped conduct the study, says the 1.5 generation is "arguably the greatest threat to the U.S."

"Those who tend to be involved in aiding and abetting in terrorism do come from this 1.5 generation," She told CBN News.

John Cooper, a spokesman for the Heritage Foundation, says one solution to this problem is to make meaningful changes in  America's assimilation process for new refugees and immigrants.

"Given the threat that we found in the 1.5 generation, more needs to be done in the U.S. assimilation process," Cooper told Fox News. "We can't vet an 8-year-old to see if he will become a terrorist when he turns 18 or 28. Instead, we as a country need to rethink the way we assimilate refugees, and immigrants as a whole for that matter.

"In the past few decades, the United States has drifted from its strong assimilation ethos, and the terrorism in Europe paints a disturbing picture of where non-assimilation leads," he added.

The Heritage Foundation suggests what can really prevent future terror attacks are long-term programs that help refugees assimilate once they're here to keep them from getting radicalized later.

The focus of these programs would be placed on migrants "embracing an American creed, learning English and gaining an education" which will help them create and cherish "an American identity and sense of belonging."

Another solutions is for the United States to pressure Arab countries to do more to help the refugees in their neighboring states.

"Many Syrian and Iraqi refugees share similar cultural and religious values with the people of the Gulf States, which have the financial capacity for resettlement," the report found. "Saudi Arabia, Qatar and the United Arab Emirates have donated hundreds of millions of dollars each for relief efforts, but the U.S. should urge the Gulf States to increase their aid for their Arab Muslim neighbors by resettling Syrians with all the rights and protections due to refugees."

Currently, the Gulf States do not offer refugee status because they do not participate in the U.N. Refugee Protocol.

Ultimately, the report shows that refugees may bring more problems than once thought and United States leaders must consider long-term and short-term solutions to the problem.