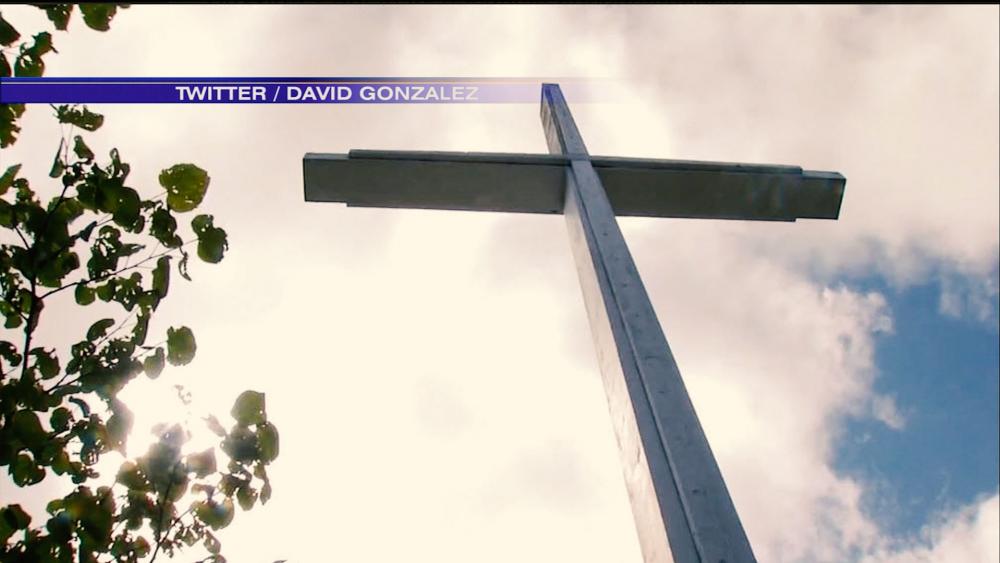 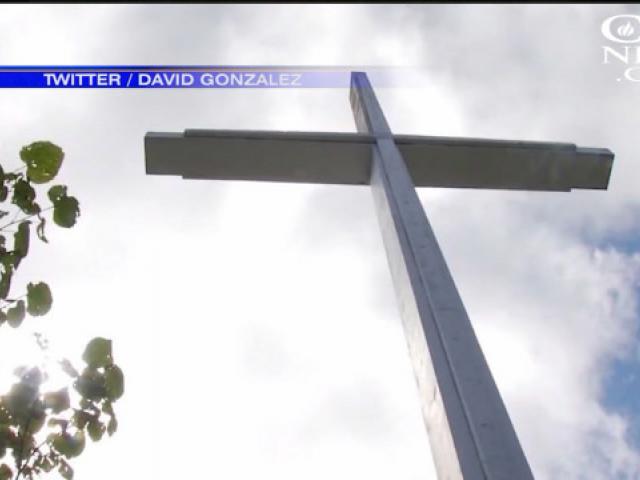 Pensacola Residents Won't Give up the Cross, Now They've Got a Little Help

An historic cross in Pensacola, Florida city park may not have to come down as recently ordered.  A federal judge has given the city time to appeal his ruling to remove the cross.

Last month, district court judge Roger Vinson ordered the cross to be removed, but he ruled Monday that the mayor and city of Pensacola should be given time to appeal. NWF Daily News reports an appeal will be filed soon, and a final ruling is expected in the coming months.

The Bayview Park cross was first erected in 1941 under the direction of President Franklin D. Roosevelt as part of an Easter sunrise service.

But a federal court ordered the 34-foot monument removed after a lawsuit by the American Humanist Association (AHA). They claim the cross violates the Constitution and is offensive to non-Christians.

Meanwhile, hundreds of Pensacola residents who want the massive cross to stay put, rallied around it last week.

"Almost annually, crosses were erected at this site, sunrise services were held here, thousands of people participated and the military also participated in terms of chaplains giving their messages, bands playing and so forth," said former Florida State District 2 Rep. Mike Hill.

"So in one form or another, it has been at this location since 1941 with great historical significance showing that even our federal government, at one time, was erecting crosses on public property."

Pensacola Mayor Ashton Hayward told The Pulse that "the Constitution does not require us to erase our history just because part of that history is religious."

The city has retained the legal service of the D.C.-based Becket Fund for Religious Liberty, which has agreed to take on the city's appeal at no charge.

"The Supreme Court has repeatedly said that religion is a fundamental part of our history and culture, and the government is welcome to acknowledge that fact," said Luke Goodrich, deputy general counsel at Becket. "The Constitution has never required the government to scrub every religious reference from the public square."