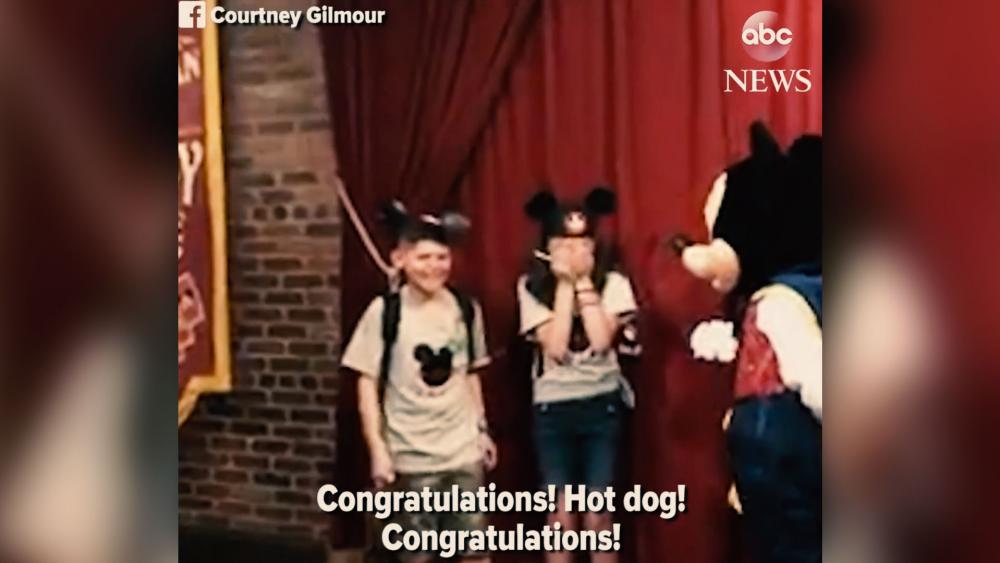 Walt Disney World is a place many dream of visiting and sometimes dreams actually come true there.

No one knows that better than brother and sister, Elijah (10) and Janielle (12).

The two found out their official adoption date while visiting the "magical" theme park Tom and Courtney Gilmour - their foster parents of three years.

The Gilmours revealed the news to the children in a special private session with Mickey Mouse.

"The kids had no idea any of this was happening. They just thought they were getting their books signed," Courtney wrote on Facebook. "This went better than we had hoped. They were beyond shocked and we were beyond emotional."

The moment was captured on video and went viral after Courtney posted it on Facebook. So far, it has been viewed almost two million times. She said it is hard to keep a dry eye watching it.

"I've watched it about a million times and I cry every single time," she according to CBS News. "It's a hard feeling to express, because we know we've given something that the kids desperately wanted. I'm happy, excited, nervous — all those things wrapped into one."

The Gilmours decided, only a month into their marriage, they would foster children.

Janielle and Elijah are two of the 13 children the couple from Portland, Pa. have welcomed into their home and cared for.

"I don't believe in breaking up sibling groups," said Courtney. She added that foster children are "already losing so much."

Courtney herself was a foster child at one point. "Being a former foster child myself and now a foster/adopt mother, it's very important we don't forget there is lots of help needed," she told a local television station.

"I shared the video because I want to continue to draw attention to foster care and adoption," she also said.