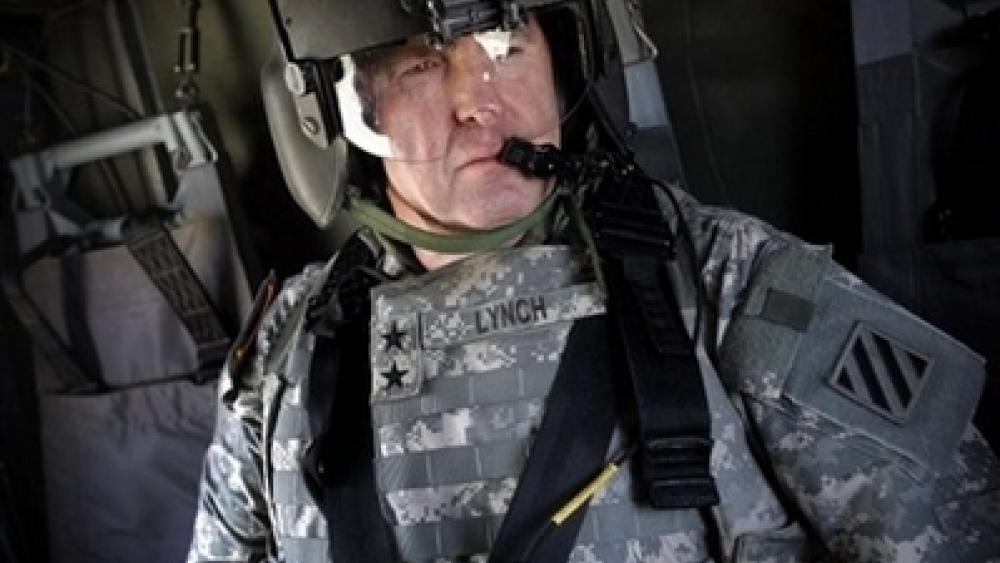 In trying times, where can we turn to find true strength and inner peace? If you say God, you're right!

Now a new book written by retired U.S. Army Lt. Gen. Rick Lynch explores steps that will put the true power of faith into action for you.

Lynch pent over 30 months in Iraq after the 9-11 terror attacks, including 15 months as one of several top military leaders during the surge of 2007. But Lynch says the war many people face has nothing to do with bullets or flanking an enemy. He says it has to do with recognizing spiritual warfare in your life, and how a personal relationship with God can help get you through such trying times.

"It's prayer and its Bible study and submerse yourself in the word," Lynch said. "Make it a point to try and live that way over the course of a day."

Lynch, a West Point graduate, didn't really have a personal relationship with Jesus until he heard a pastor talk about inner peace at the age of 32. The very next day after a meeting with the pastor, Lynch gave his life to Christ. Now at age 62, Lynch says he is still a work in progress.

Bolstered by his 30-plus years of military experience and backed by scriptures, the retired lieutenant general wrote a new book called Work Hard, Pray Hard.  He begins the book with a powerful story about Captain James Marsh, a young officer under his command who not only gave him his life's guiding motto, but also supplied him with the title for this book.

"One day I had Tom Landry talk to my brigade," he recalled. "They thought they were going to hear Tom Landry the coach, instead they heard Landry the Christian."

"James was involved in all that, and one day he leaned over and said 'Colonel, I got this figured out.' I said, 'What do you mean James?' He said it's 'work hard pray hard.' That was the first time I ever heard that and it stuck with me every day since then," Lynch said.

"That is generally what we are all supposed to do, is work hard and pray hard," he continued. "Unfortunately, a couple of weeks after that James was involved in a traffic accident and he was killed. But I still think of James every day and his family every day."

Lynch says the book explores seven principles that will put your true power of faith into action -- principles like being less anxious and having courage, overcoming limitations, trusting in God, and being humble, which Lynch says is talked about dozens of times in the Bible.

"The most important piece of furniture in your house is the mirror," he admonished. "You ought to be looking into the mirror every day and ask yourself, 'How am I doing?"

"Part of that is this idea of humility because you are not nearly as good as you think you are," he said. "I do believe that the ground is level at the base of the cross, so the fact that I was a three-star general is not that important. The fact that I want to touch lives and make a difference every day -- that is what God wants me to do."

Lynch says you don't need to read his book from cover to cover. If you're struggling with inner peace or courage then just read the chapter on those subjects.

Although it's not billed as a motivational book, it serves to do exactly that - motivate. It's written by a man many call a true American hero, a former military leader who now lives to spread the Gospel.