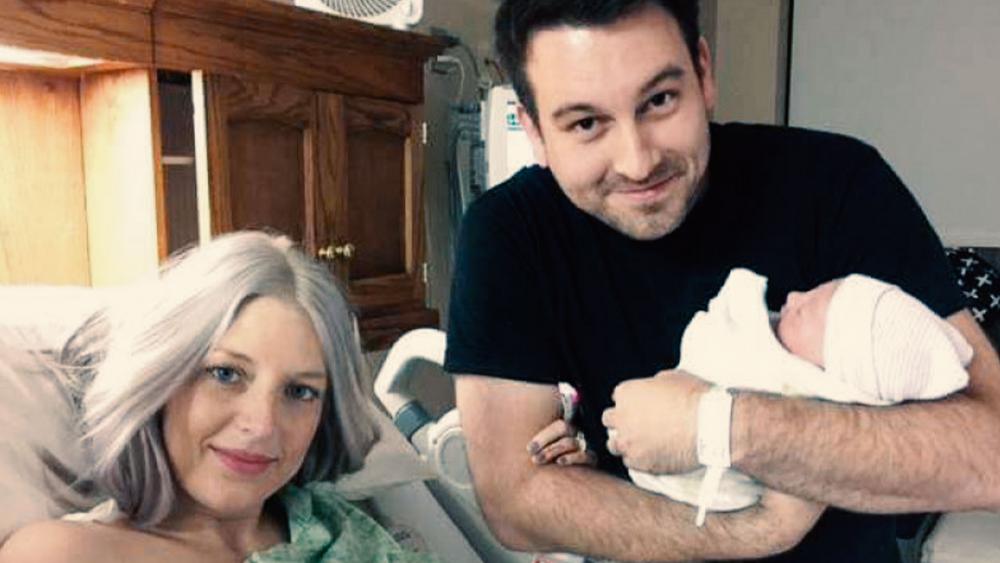 The joy of becoming a first-time father was gone in an instant for one Christian musician, whose wife died shortly after childbirth.

Megan held, fed and burped the baby while Nathan took photos of their newest family member.

Little did he know that would be the last photos of his wife.

Megan died at 11 a.m due to pregnancy-related complications. Doctors do not know what caused her death, Nathan's friend and Christian music star, Josh Wilson, told the Tennessean.

"Meg was his everything," he said. "He doted on her in a way like I've never seen a husband do."

The new dad brought the baby home earlier this week and family and close friends welcomed them.

Grammy-award winner Francesa Battistelli was there with open arms and said Nathan was going through "a range of emotions."

"He's so over the moon for his daughter, but you can see grief has hit him at the same time," Battistelli said.

Nathan played the guitar for Battistelli in more than 30 gigs in 2017.

Although it is a tough transition for the guitarist, family and friends have pitched in to help with food, diaper runs, cutting his grass, and running other errands.

"It's a beautiful thing to see," Battistelli added. "It was amazing how many people were surrounding him."

The help didn't stop there. Wilson started a GoFundMe campaign for the new father. The money raised from the campaign will allow him to take a break from touring and take care of his newborn.

It's a team effort. Most of the donors have given no more than $30.

Nathan and Eilee's story has touch the hearts of many on social media.

"I think this is one of those times where we get to see the upside of social media, above all the junk," singer and songwriter Matthew West said.

Christian artist and former American Idol contestant Colton Dixon said he is one of the thousands who contributed.

"I do not personally know Nathan; however, when my good friend Josh Wilson posted Nathan's story, my wife, Annie, and I knew we needed to help," he said. "This time can't be easy for anyone, but I hope that what has been raised will help take some of the stress of being a new dad off his shoulders."

"In the world we live in today, it's beautiful to see that thread of unity and love still represented in the Body of Christ today," she said.