How Liberty Flowed From Ancient Israel to the New America 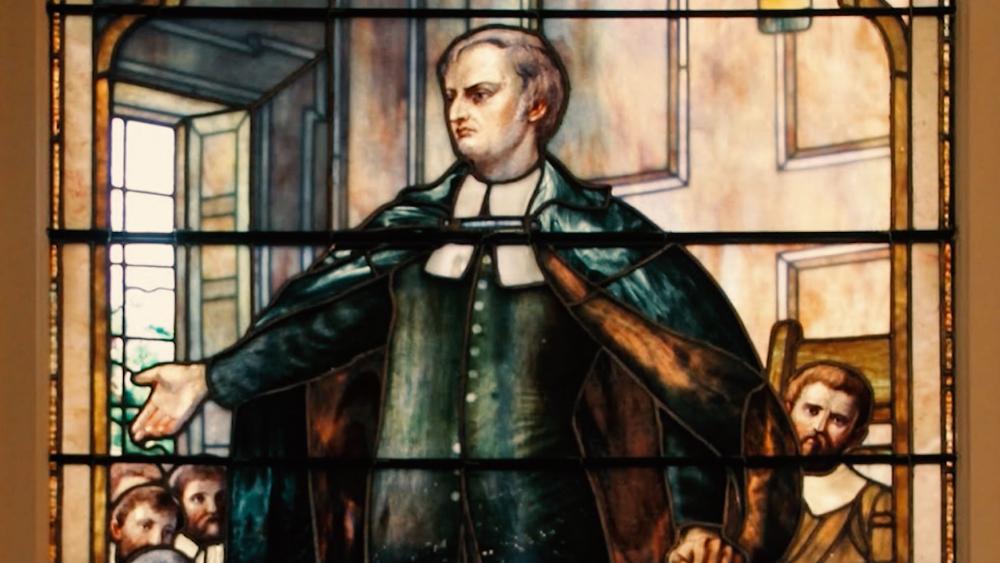 HARTFORD, Conn. & JERUSALEM — The idea that liberty should reign in America didn't start with the Declaration of Independence or the 4th of July, 1776. The seeds were planted more than a hundred years before in the soil of the New World. One of the most important was in what would become Connecticut.

A vast wilderness awaited the hundred, hardy Christians who left Cambridge, Massachusetts in 1636 with the Rev. Thomas Hooker to settle what is now Hartford, Connecticut.

In such a wild land, they asked the popular pastor how they should govern it. What Hooker preached on May 31st, 1638 was so profound it "sowed the seeds of free Constitutional government in America." That's what it says at the base of a statue of Hooker that stands in Hartford to commemorate the man who helped form a free nation.

'Free Consent of the People'

The key words in that sermon were '"the foundation of authority is laid, firstly, in the free consent of the people."

In other words, not that a king or emperor should rule them, but the people themselves should be the rulers.

His pushing this idea is why some historians have labelled Hooker "the father of American democracy."

Hooker's fellow pioneers ran with the idea of "the free consent of the people," according to William Federer, author of the historical series "American Minute," which can be found at www.AmericanMinute.com

"This was revolutionary and it turned into the Fundamental Orders of Connecticut which is considered the first written constitution in modern times," Federer told CBN News.

This insistence on the people having "free consent" is a part of what drove Hooker and his fellow settlers to get out of the Puritan Cambridge.

Radio talk show host Michael Medved explained, "It's precisely what led Thomas Hooker to found Connecticut. To leave Massachusetts. He was having an argument with other pastors. He didn't see it the way they did. It's John Cotton versus Thomas Hooker. And part of what it has to do with is suffrage, is the ability of people to vote and to make their own decisions."

There's another statue in Hartford of a pioneer family with their heads bowed, the father kneeling, in prayer. A plaque behind them says "here they established the form of government upon which the present U.S. Constitution is modeled."

"Which starts off how?" Federer asked. He answered: "'We the People.'"

Radical Idea in a World of Kings & Potentates

The historian pointed out how radical this was after 6,000 years of almost nothing but rule by kings and emperors, pharaohs and potentates.

"And they believed in a top down form of government, where God gives all the power and the rights to the king and he's God's lieutenant who dispenses it to the people," Federer said.

Federer – who authored Who is the King in America?  -- explained, "America's founders when they got the chance, they wanted to run away from a king, and they flipped it and made the people the king."

Medved summed up their bedrock belief: "All of us have the same ultimate Sovereign, God Almighty. But that God Almighty does not appoint and designate crowned heads over us. The power comes from the people."

Federer recalled, "John Jay, the first Chief Justice, said 'the people are the sovereign of this country.'"

And they practice that sovereignty as they all head to the polls to pick their representatives in government.

Hooker is just one of many preachers who pushed the colonies toward liberty and rule by the people. Many historians suggest in their earliest days, preachers were often the most influential thought-leaders in the colonies.

In fact, religion was such a powerful force, most colonies named the most powerful denomination in a particular colony the official church there. That's "establishment of religion."

"All of these colonies were deeply religious. All of them. And all of them deeply Christian," Medved said. "But they were Christian in distinctive ways. And the different Christian denominations, then as now, distrusted each other. The Puritans in Massachusetts and Connecticut did not like the Anglicans in North Carolina and Virginia. And then you had Quakers who nobody liked who were in Pennsylvania."

Medved explained as the colonies were forming the newly-independent nation of America, they were concerned about how this establishment of religion could actually dampen some of that freedom.

They didn't want to go from being ruled over by a king they didn't respect to being dictated to by a denomination they didn't even belong to.

As Federer put it, "They didn't want a federal Walmart to come into town and put out of business their local mom and pop denomination."

Medved asked, "What do you do when you have these different states, different requirements, different religions? You make a First Amendment which says 'Congress shall make no law respecting establishment of religion.'"

He argued, though, that in no way suggested they wanted to be free of religion or God. In fact, they openly praised Him and gave Him credit for His hand in they're becoming a free nation.

"The one idea that seemed to unite all the founders was the idea of Providence," Medved stated, "The idea that they were doing God's work; that this American experiment was ultimately an American miracle."

Which just happens to be the name of Medved's new book: The American Miracle: Divine Providence in the Rise of the Republic.

Still, all these preachers and founding fathers did have a model for another time when God freed a people from rule by an all-powerful potentate and showed them the concept of liberty and how to rule themselves, guided by His hand.

"When Moses took the children of Israel out of Egypt, that was the first instance in world history of an entire nation with no king," Federer pointed out.

Pilgrims and Puritans crushed under European kings studied this ancient "Hebrew republic" and took the dream to emulate it with them as they fled to North America.

One thing after another was revolutionary in this Hebrew Republic, such as the tribes electing their own leaders. And that all people were to be treated as equals.

"Israel was the beginning of the concept of equality on planet earth," Federer said.

It was also the first nation where everyone was taught to read, so they all could be taught the law. And each had a hand in enforcing it and maintaining it, along with the nation itself. So they didn't need a standing army, which in many nations becomes a tool in the hands of a power-hungry ruler.

"You have a king, he has an army to enforce his will," Federer explained. "In Israel, every man was in the militia and armed and ready at a moment's notice to defend his family and his community."

He added, "Israel had no police. Not only did everyone get taught the law, everyone was responsible to help enforce the law."

Finding Freedom in the God of Liberty

But what was to keep all this freedom from spiraling down into anarchy?

Federer explained, "Ancient Israel had the key ingredient: a God who was watching everyone, He wants you to be fair, and He's going to hold you accountable in the future."

"If everybody in the country believes this, you can maintain complete order with no police. Maximum liberty!" Federer declared.

The founding fathers believed fervently that God made mankind to be free and wanted them to have this sort of maximum liberty.

Federer concluded, "That allowed America to blossom into this amazing experiment of the people getting to be king. And each individual citizen accountable to God."