'I Knew it Was of God': How a Former Police Officer Traded His Badge for a Ministry in Music 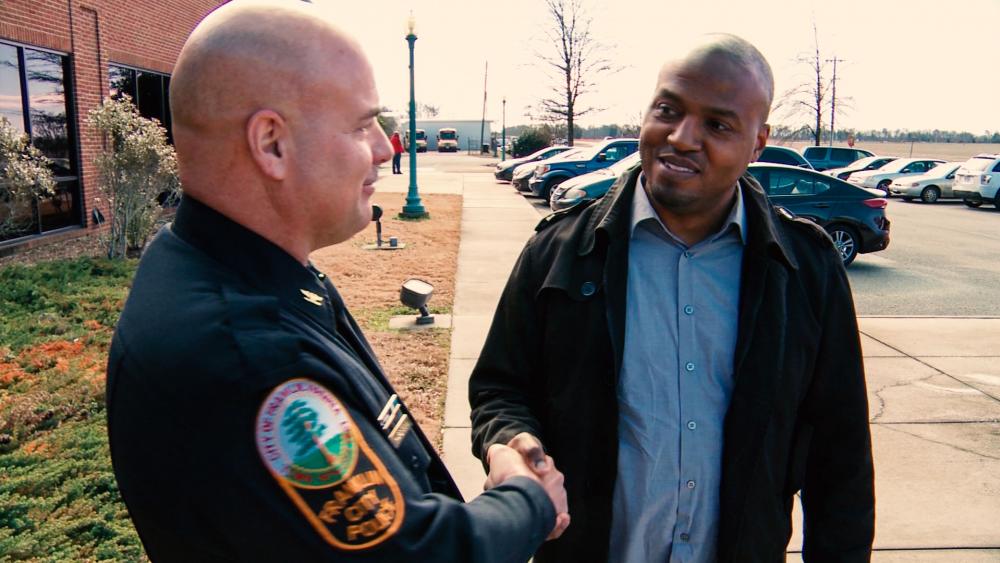 From Dallas, Texas to Charlotte, North Carolina, to Ferguson, Missouri, deadly police shootings have rocked cities across the U.S.

Just miles away, however, these recurring incidents hit close to home for Terrance Howell.

This former police officer joined the force in Franklin, Virginia, hoping to make a change in his community.

Franklin's police chief still remembers Terrance for that "little something extra" he brought to the job.

"We come into this business with the thought that we are going to change the world and do good things," Chief Philip Hardison said. "In the five years Terrance was with us he did good things and he changed at least the impressions of many people in this community in a favorable sense as to how police officers in this city are viewed and trusted."

Terrance's faith fueled his work ethic, but it also triggered a change.

"So you're comfortable, you're serving the force, you're doing what many would be considered an honorable career, and to be a man of color doing it too, is also honorable," CBN News reporter Efrem Graham said. "What's happened? Is there an wrestling inside you? What's going on?"

"Growing up I always wanted to be a musician," Terrance responded. "Music was always something that was just very important to me, running through my family. My family is basically a family of musicians and ministers. I wanted to also be a musician."

"I remember plenty of times working on night shift of having thoughts and visions - what if, what if I pursued music?" he recounted. "What if I gave it a shot? I wonder what could happen. I would always have that in the back of my mind, but reality would set in...this is what I'm doing now."

Terrance convinced himself law enforcement was the right career until an unusual encounter completely changed the direction of his life.

"I was actually thinking about a career in music when I was serving subpoenas. One day I was just going door to door putting subpoenas on the door and there was an older gentleman who was just watching me from his front porch…rocking back and forth. Just watching me.

The man called out to Terrance.

"He said, 'Young man come here.' So I came to where he was," Terrance said. "He pulled himself up on the railings and he looked at me square in my eye and said, 'When you are going to put that badge and gun down and begin your real work son?' "

In shock, Terrance asked the man to repeat what he said.

A Leap of Faith

"I knew it was of God," the songwriter said. "I made the decision right then to take that leap of faith and to jump."

That leap has propelled Terrance into a successful music career and in 2014 he launched Revival Music company.

But it is more than just a label. Terrance said it's a movement to bring unity and healing to diverse communities.

"My joy in today's session is bringing in people together," he said after a live recording in May. "Bringing in different backgrounds, different races coming together...united in one goal and that's to worship and to show love to one another."

It includes CBN's own Joseph Stallings and Sharon Jackson.

"I've been in a lot of groups, played a lot of music, and sang a lot of songs, but what's different about revival worship that it's not about the song. It's really not about the music when it comes down to it -- it's about the relationship between people," Joseph said.

Sharon said that she is drawn to being a part of this record label.

It's a sound that Terrance says always carries a special message.

His new song, "Untainted Love," is no different.

"This love He has for us is untainted. It's not tainted by the failed expectation of 'I fell short of His glory today. I didn't quite measure up as a Christian to where I should have been,' " Terrance explained. "But His love goes beyond that. It transcends all of that."

It's powerful message that Terrance hopes will transform lives, heal communities, and bridge the divide.