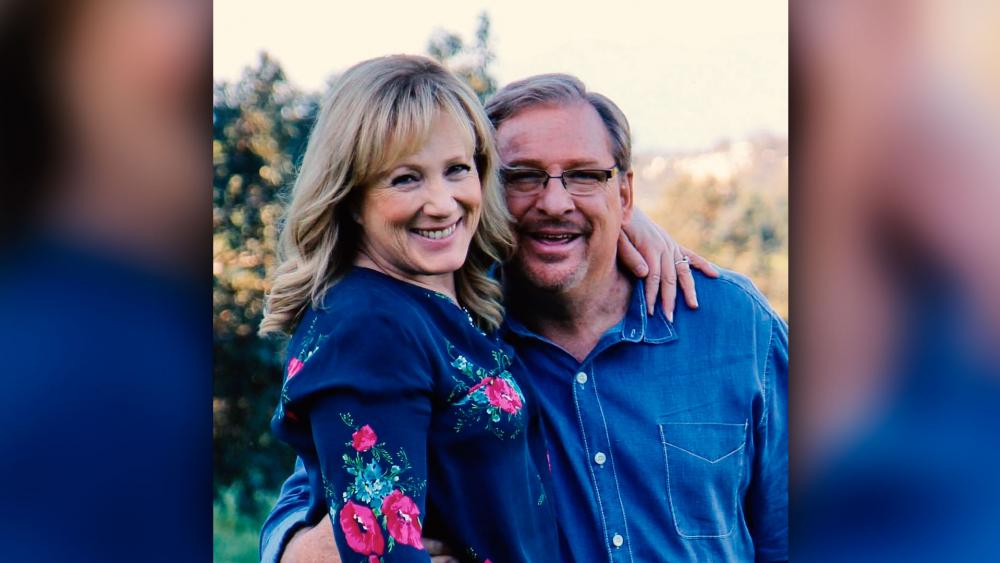 From the outside, Kay and Rick Warren, of Saddleback Church, appeared to be the perfect couple.

But Kay is sharing a different story about the early years of their marriage, calling them "miserable."

"We didn't even make it to the end of our two-week honeymoon to British Columbia before we knew our relationship was in serious trouble," she recently shared in an article published in Christianity Today.

In it she wrote, "We had been warned about five areas of potential conflict all couples have to deal with, and we immediately jumped into all five of them: sex, communication, money, children, and in-laws."

The Warrens have been married 21 years and Kay says when they were first married, they argued all the time.

"... our arguments began to layer resentment on top of resentment, it was a perfect setup for misery and disenchantment," she wrote.

"What made it worse was that everyone considered us the perfect couple. When we returned from the honeymoon, already miserable and shocked at the depth of our unhappiness, we felt like we had nowhere to go with our wretched pain and marital failures."

Kay explained that the sexual abuse she suffered as a child played a role in the pain she brought to the marriage.

"I had told Rick about being molested as a little girl-he was the first person I ever told-but because I was so unemotional about it, he figured it wasn't that significant an incident to me and basically forgot about it," she wrote.

"I kept my occasional ventures into pornography a complete secret. Between the effects of the unaddressed molestation, the resulting brokenness in my sexuality, and the off-and-on pornography fascination, it shouldn't have been a surprise that sex didn't work."

She said that by the time their second wedding anniversary came around, they were living in "marital hell."

"The fact that we were miserable weighed on both of us like a giant boulder, but we didn't see any way out," Kay wrote.

"I think we hoped that one morning we would just wake up and find it was all a bad dream and that somehow all our problems would simply vanish. We wanted to honor the sacred wedding vows we had made before God and our loved ones, so divorce wasn't on our radar. But neither could we visualize living in such pain for the rest of our lives. We just didn't know what to do or how to create a healthy marriage out of the shattered pieces of conflict, disappointment, dysfunction, and resentment."

The couple eventually submitted to marital counseling and their marriage slowly began to heal.

"God has worked in our life together-and he's used our marriage struggles and failures to draw us closer to him and to each other," said Kay. "We know we are the best thing that has ever happened to each other. I am in love with the man God brought into my life so many years ago."

She says that with God's help they've overcome many obstacles, including her bout with breast cancer and melanoma. They have also survived the mental illness and suicide of their youngest son Matthew in 2013.

"Through God's work in our lives, we've beaten the odds that divorce would be the outcome of our ill-advised union," said Kay.