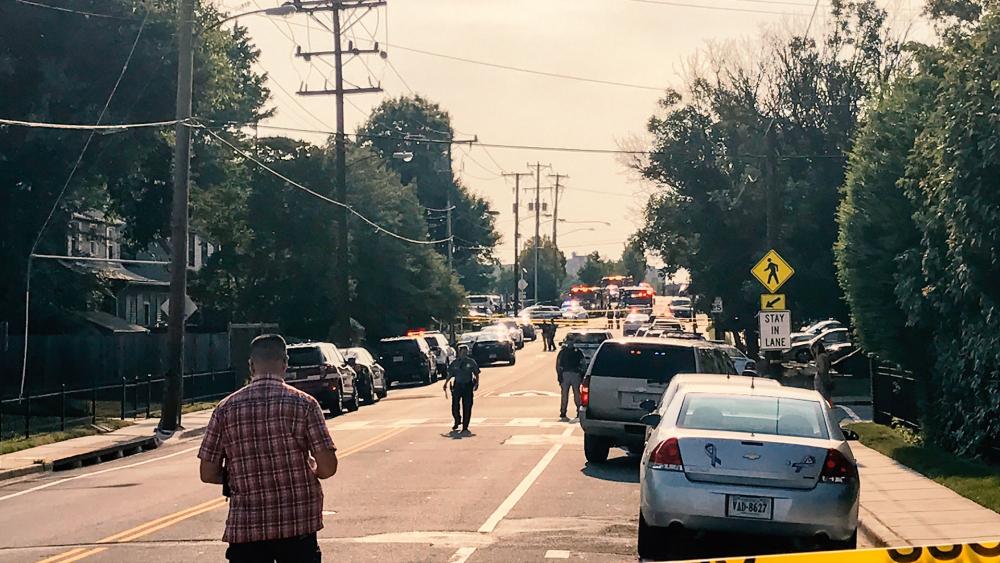 Michigan's Rep. Mike Bishops says the only reason he and the others who were at today's gun attack in Virginia survived is because members of the U.S. Capitol Police acted heroically.

"The only reason why any of us walked out of this thing, by the grace of God, one of the folks here had a weapon to fire back and give us a moment to find cover," Bishops told WWJ Newsradio 950.

Bishops says he was on the baseball field at home base when the gunman walked up to the fence line.

"I was standing at home plate and he was in the third base line," Bishop recalled. "He had a rifle that was clearly meant for the job of taking people out, multiple casualties, and he had several rounds and magazines that he kept unloading and reloading."

The shooting went on for roughly 10 minutes, with some reports saying the gunman fired off at least 100 rounds.

Bishops says he and his colleagues were "sitting ducks" as the man, identified by police as James. T. Hodgkinson, walked up to the field and starting shooting.

"We were inside the backstop and if we didn't have that cover by a brave person who stood up and took a shot themselves, we would not have gotten out of there and every one of us would have been hit - every single one of us," said Bishop.

"He was coming around the fence line and he was looking for all of us who had found cover in different spots," Bishop said. "But if we didn't have return fire right there, he would have come up to each one of us and shot us point-blank."

"I was out in the batting cage in right field when the first shots came," Paul told ABC News. "Then we heard a succession of shots, 5, 10, 15 shots in a row."

A few moments later, he could hear the Capitol Police begin to return fire.

"These guys were real heroes and without them I think everybody would have been killed."

Senator Paul told ABC News that even though he was sad that Sen. Scalise was shot, he says "he actually saved everybody's life by being there because he had the two security details with him."

"Many people likely would have died this morning if not for the bravery of the Capitol Police. My thanks to them are inadequate but heartfelt. They never hesitated to put their lives on the line to save everyone. Please pray for those who were injured."