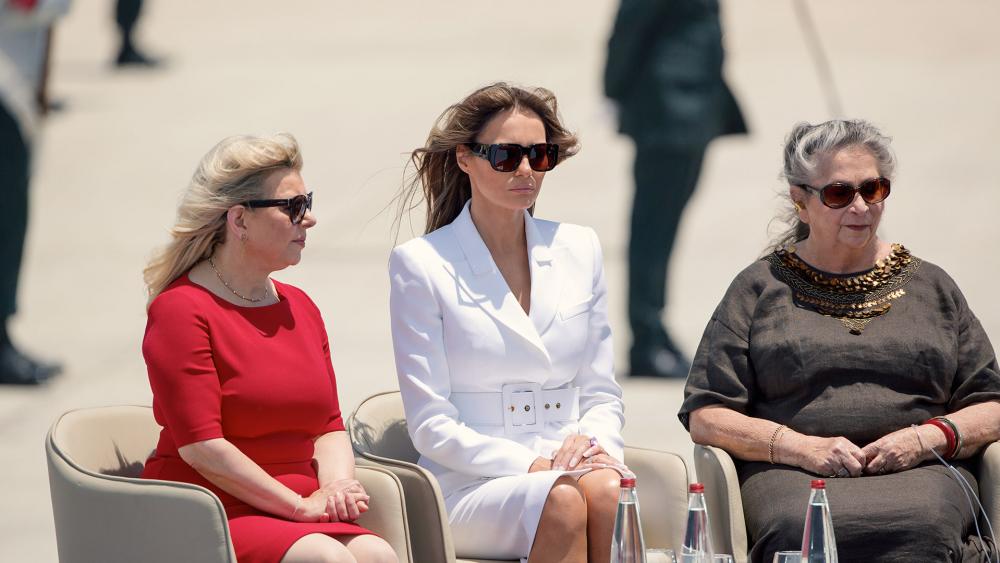 Despite Melania Trump's low profile, the first lady has shown her kind manner in many ways.

During her trip to Israel, Trump's soft demeanor was shown in a picture as she met Nechama Rivlin, the wife of Israeli President Reuven Rivlin.

Breitbart News described the moment as one that 'went beyond normal diplomatic protocol and presented an image of kindness.'

They were both arriving for a press conference in Jerusalem in honor of President Trump's meeting with Rivlin.

Rivlin is seen using an oxygen concentrator in the picture while Melania is walking alongside her.

Comments about the photo went out instantly over social media.

Many tweeted about the photo, one user saying, "She is a kind woman too, like Melania."

I saw that too--so nice. Mrs. Rivlin was a real trooper considering her health challenges. She is a kind woman too, like Melania.  https://t.co/4PR20D9zGg

Another user tweeted: "Class is back in the White House."

CLASS is back in the Whitehouse. #Melania @FLOTUS waited for President Rivlin's Wife who has health problems and couldn't keep up. #MAGA pic.twitter.com/gmT4gAvMZc

One user mentioned the moment describing it as being great.

Really great moment. Nechama Rivlin being treated with upmost respect. And one of the many people Melania held hands with that *wasnt* Trump pic.twitter.com/NNEnYZtpaK