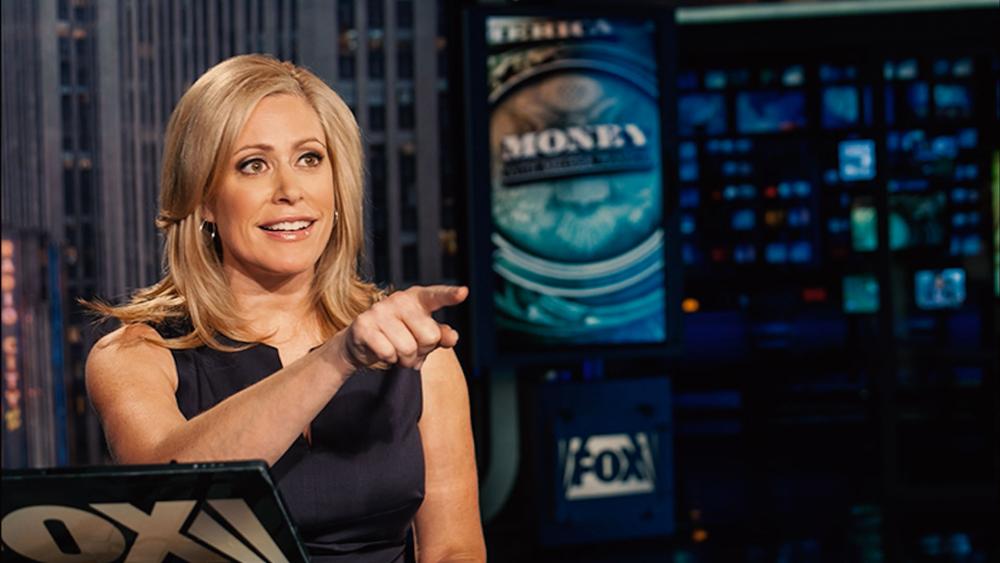 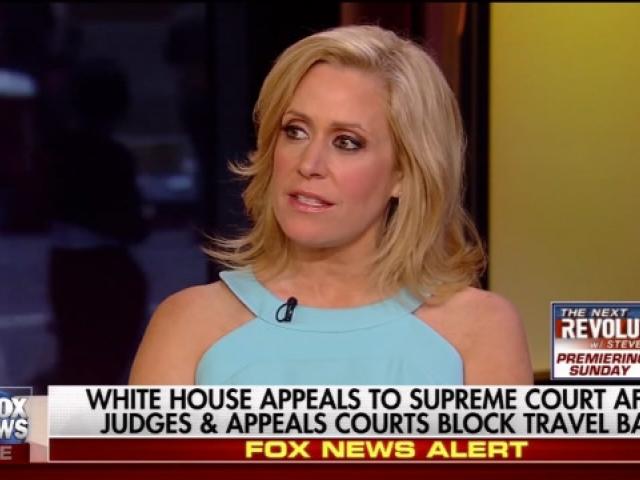 NEW YORK – She's a popular anchor on Fox Business and Fox News but if Melissa Francis' big brown eyes look familiar, it's because she was a childhood actress on one of those most beloved shows of all times, "Little House on the Prairie."

She recently sat down with our Wendy Griffith in New York to talk about her life, her faith and her new book, Lessons from the Prairie.

At only six months old, Melissa Francis landed her first big gig – a Johnson & Johnson baby shampoo commercial. Then at eight came the role of a lifetime on one of the most popular shows of its time, Little House on the Prairie, starring Michael Landon.

"He was sort of like Santa Claus and a god-like figure all rolled into one," Melissa recalled.

"He was incredibly fun, but he was also so hard-working and smart. On the set, he was one of the first people to figure out that in order to make a mint in television, you have to own the production. He owned it, wrote it, created it, produced it, starred in it, directed it, everything."

Melissa played little Cassandra Cooper Ingles, who, along with her brother played by Jason Bateman, were left orphaned when their parents' covered wagon careened down a hill. One reason Melissa got the part was that she could cry real tears when it mattered.

"And I didn't do it the kosher way, the way you're supposed to do it in acting, where you're so into the character that you imagine the character's pain. Instead what I would do is I would imagine all of my pets dying. I imagined in the wagon that went down the hill that my dog was in there and my cat Princess and my fish Neptune, the carnage and I was sobbing and wailing," she said.

But she says the gift of crying on cue has left her.

"It's so funny, so I tried it out when I got a ticket recently, and I ended up just bursting into laughter. I thought, I'm going to bring out the water works, I'm going to cry to get out of this ticket, and it didn't work and I got the ticket," she laughed.

By age 18, Melissa wasn't sure she wanted to make acting her life so she switched gears – completely – and headed to Harvard to major in economics with the goal of becoming a television news reporter. But breaking into TV news proved much harder for Melissa than acting.

"I had a great job in college where I was managing a tech team and making 25 bucks an hour as a 22-year-old in college and it was great but I took this huge pay cut down to $6.10 an hour to run teleprompter and cut tapes and get yelled at by the main anchor because the prompter was so ancient  My hands were always shaking I was so nervous, I wasn't making any money but I wanted to be in this business that I just trusted that if I kept working hard and I kept knocking on those doors that it would work out."

It might surprise some that Melissa's experience as a child actor didn't help her when she tried to break into the news business.

"A lot of people make the assumption that because I had a career in television  – I was on 'Little House on the Prairie,' I did more than 100 commercials, movies, TV shows all this stuff – that that would help me break into news but to be honest, it was quite the opposite," she said.

The Rocky Transition from Actor to Anchor

Despite Melissa's fierce determination, she was actually fired from her first on-air job.

"I just had such nerves and I would look into the camera and it felt like a black abyss just sucked the air out of my body, I could barely speak, so I was trying to get through that process but I didn't have time before I got fired by a brand new news director who took over the station. As the first order of business, she told me I had 30 minutes to pack up my things and get out. And it was devastating," Melissa told me.

"And I went back to my apartment and I mostly cried and felt sorry for myself. I always say that's step one on the road to recovery, wallow in a giant vat of self-pity, get it out of your system, 'oh, God, why me?'"

Melissa went back to TV and after years on the local news circuit she got her big break, and with it, a chance to work alongside her TV idol – Maria Bartiromo.

"I saw her and I thought she is fantastic because she was brilliant, powerful and beautiful, you could do all of it, you didn't have to compromise any piece of it. You didn't have to try to look like and act like a man; you could be a feminine woman and still be brilliant and powerful."

Melissa loved her time at CNBC until one day she reported that the math on Obamacare didn't add up.

"And I was called up into the principal's office and told that I was disrespecting the office of the president. Wait – I'm just doing math and by the way, I have a degree in economics and I was told to stop and I'm embarrassed to say I did pipe down because I loved my job and I wanted to keep it."

Soon after, Melissa made the jump to Fox News, where the late Roger Ailes gave her some life-changing advice.

"He said to me on day one: you be you; take risks, go big or go home, in so many words. He said you have to really be authentic; people in the audience can tell when you're being fake and they hate it."

Today, Melissa's hard work has paid off. She's seen regularly on a number of Fox News shows and co-hosts "After the Bell" on Fox Business. Along the way, Melissa met and married Wray Thorn and together they have three children. She says her Catholic faith and his Methodist faith turned out to be the perfect combination.

"We send our kids to Catholic school during the week, we actually go to a Methodist church on Sunday. We kind of get the best of both worlds."

Today, she says, her life is full of the joy she's always wanted.

"The first thing I do every Sunday is I look around at my family and I thank God profusely for all my many blessings because I know it's not a result of anything I've done. I give all my glory to God. The same way, I try not to beat myself up when I make mistakes and instead learn from them and ask forgiveness and move on. And, I have finally reached a point in my life where I have that peace and yes, joy that I always wanted."

And although she's far away from the simple life she lived as a childhood actress in Walnut Grove, Melissa says the lessons she learned "on the prairie" are still very much with her today.

"He [Michael Landon] really taught us pride in a job well done  – that we had a responsibility to show up rested, lines learned, hit your mark, be serious, do your job. It was a privilege and honor to be there and he wanted to make sure that everyone felt that way and it was a work ethic and a seriousness and a respect and a respect for your co-workers that I really carried on for the rest of my life."

Melissa shares more about her faith and her time on Little House in her new book, Lessons from the Prairie.