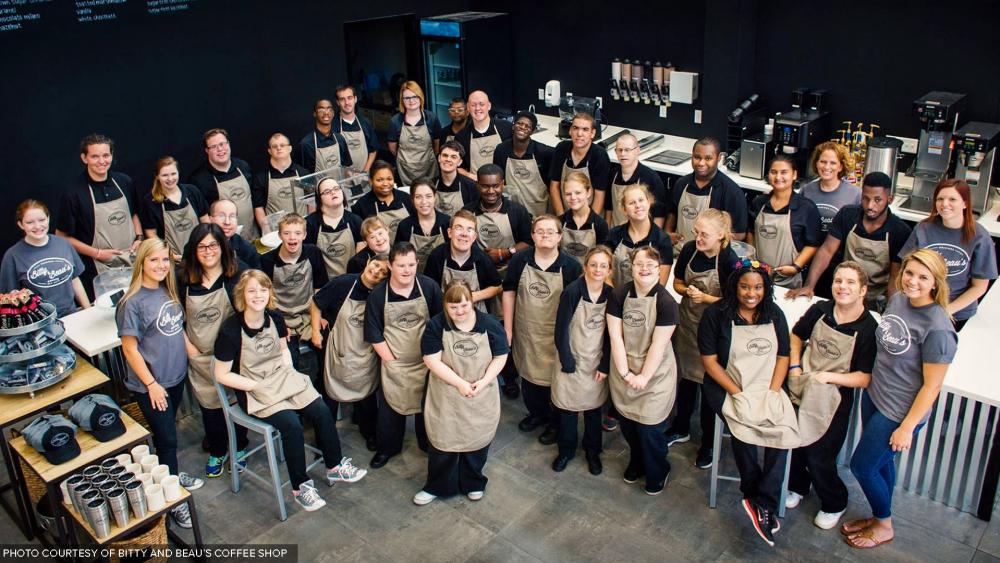 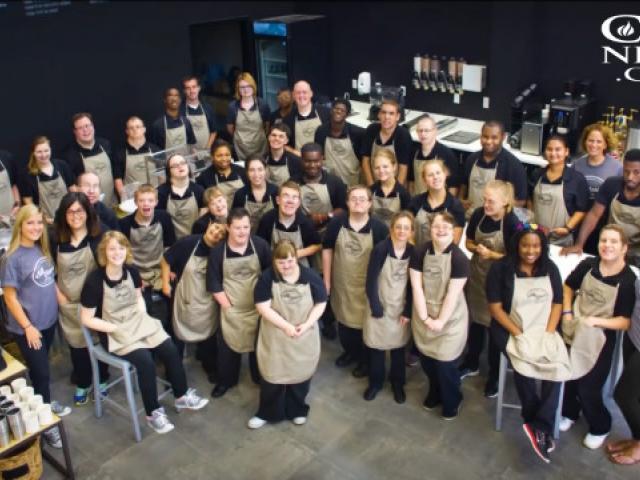 When you step into Bitty and Beau's coffee shop the aroma of dark roast brew becomes faint as you see the beautiful picture of community, acceptance, and inclusion.

"There's a statistic that somewhere between 70-85 percent of individuals with intellectual and developmental disabilities are unemployed–and we just think that's an embarrassment to our country," said shop founder Amy Wright.

Wright told CNN that she and her husband, Ben, got their inspiration from their two children, Beau and Bitty, who have Down syndrome.

Although their children are not looking for jobs right now, they decided to step up and fill the need in their community.

"It hit me like a lightning bolt: a coffee shop!" Wright told CNN. "I realized it would be the perfect environment for bringing people together. Seeing the staff taking orders, serving coffee -- they'd realize how capable they are."

Almost everyone on staff either has an intellectual or developmental disability, ranging from Down syndrome to autism to cerebral palsy.

"For most of our employees, they've never had a job before. And Bitty & Beau's has given them a new sense of identity. People recognize them, people respect them," Wright said.

"We were looking for a job. We applied everywhere. We called. We did everything and no one would call back. And then we came here and it was just, that's it," one of the employees said.

The shop also employs two managers who have degrees in special education.

"There is a different level of hospitality when you walk into this place and I just think it's because you are welcome. It is the most genuine thing you'll ever feel," store manager Maddie Ashcraft told Southern Living magazine.

"A lot of times, I think, when you think about a coffee shop, I think rush and quick and you're trying to get out the door with your coffee in the morning. And I think the pace change is when you walk into Bitty & Beau's," Ashcraft said.

The unique coffee spot opened in January 2016 and it has been quite the success.

"I know that the community has come around this place. Like nothing else that I've seen in a very long time. They have surrounded this place with love and support. It's not just a coffee shop," Carson Goslee, a customer, said.

"They're coming for the people and they just make you feel so welcome and so accepted and everybody loves everybody in this place and you can see it on their faces in when they help you with your orders," customer Annelle Wilke chimed in.

All the profits from the coffee shop go to Wright's non-profit, Able to Work USA, an organization geared toward employing those with disabilities.

"This shop is not about me, it's about them," she said.

Wright adds that part of the reason her shop is successful is because it's not just a business, it's a culture.

"It's very intentional that we don't have a drive-thru here, because we feel like we've created a culture where people are spending time together," she said. "And the icing on the cake is that some of those people have intellectual and developmental mental disabilities. And I think when that happens, the walls come down."