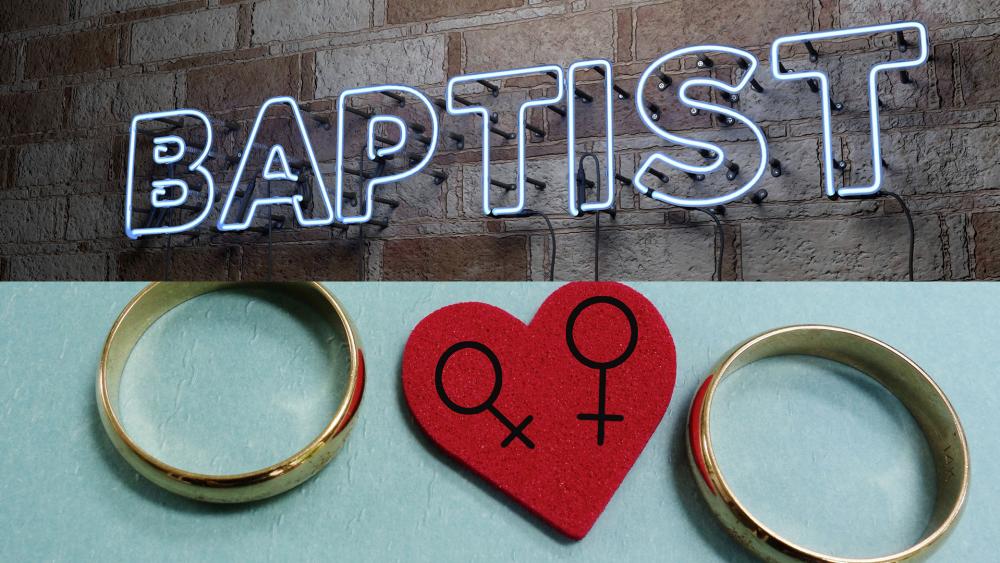 Southern Baptist leaders are standing firm against a coalition of LGBT activists that want them to declare that homosexuality is not a sin.

Ethics and Religious Liberty Commission President Russell Moore told CBN News that while Southern Baptists believe in the inherent dignity of all people and want to be known for love and compassion "we will not ignore the teachings of Jesus himself."

He also rejected any question of compromise noting "to minimize or adjust a Christian sexual ethic would be to abandon the very message Jesus handed to us and we have no authority to do this."

Faith in America, a non-profit dedicated to ending what it calls "religious-based prejudice," has organized the Baptist lobbying campaign at the annual convention in Phoenix this week with a multi-pronged approach that includes medical professionals, academics and a billboard campaign.

Spokesman Burns Strider, a long-time faith advisor for the Democratic Party, told CBN News "Our children who are LGBT are being harmed by church and family...I look forward to the day when homosexuality is no longer seen as a sin by so many churches."

Faith in America says research published in 2009 in the well-respected Pediatrics journal shows a link between LGBT youth raised in "condemning households" and their likelihood of attempting suicide versus those raised in "affirming households." It released a statement saying "LGBT kids raised in condemning religious families are eight times more likely to attempt suicide than their LGBT peers from accepting homes."

But the study's lead researcher, Dr. Caitlin Ryan, Director of the Family Acceptance Project at San Francisco State University, says Faith in America misreported the findings. "We did not say that LGBT youth from religiously condemning families were at an 8 times greater likelihood of dying by suicide," she told CBN News.

Ryan says one study did show that LGBT young people who are "highly rejected" by their families during their adolescence were more than 8 times as likely to attempt suicide, compared to peers from families that did not reject or only slightly rejected them.

Ryan says what's most important is not a family's religious beliefs but the behaviors that families exhibit towards members that are LGBT. She explained that evangelical families can positively influence health, noting a study that shows that "family accepting behaviors help to protect against suicidal behaviors, substance abuse and depression and help promote self-esteem and general health."

Ryan's research has identified more than 50 "accepting behaviors" which don't require a theological shift. They include: expressing affection for LGBT youth, listening respectfully to youth talk about their sexual orientation and gender identity, talking with faith leaders about welcoming LGBT people to services and standing up for LGBT youth when others in the family, church or school mistreat them.

Sing Oldham, spokesman for the Southern Baptist convention, told CBN News that this is not the first time that Faith in America and related groups have demonstrated at the annual meeting.

Furniture makers Mitchell Gold and Bob Williams, known for their work with the retail giant Pottery Barn, founded Faith in America in 2006. They describe their mission as a movement to end "decades and centuries of using religious teachings to justify marginalizing and discriminating against others."

New Testament theologian Dr. Robert Gagnon is applauding Southern Baptists for holding fast to Biblical teaching.  "They know that Jesus viewed God's creation of two and only two complementary sexes, "male and female" (Gen. 1:27) as the foundation for all sexual ethics," he said.