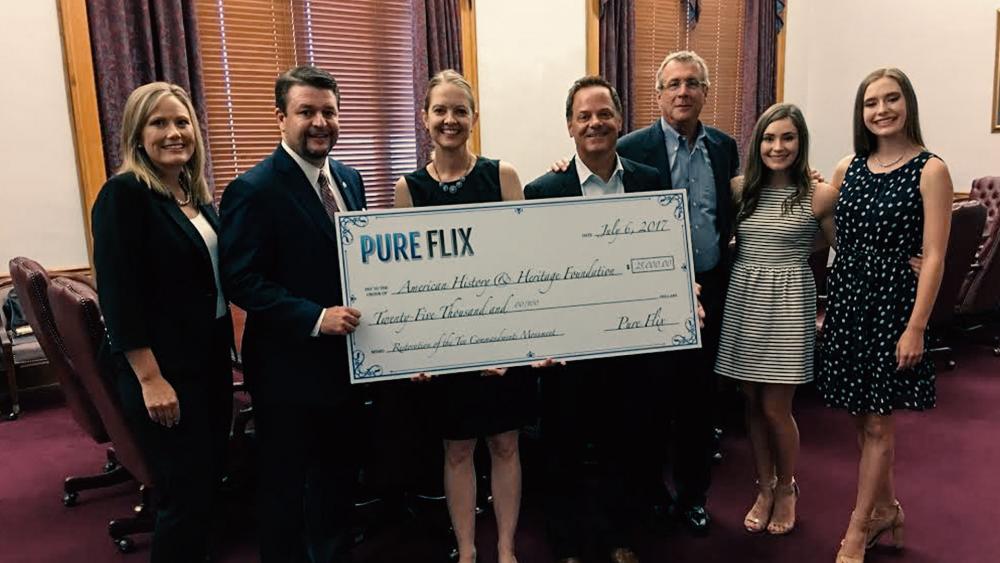 Pure Flix is stepping up to the plate to help support religious liberty.

The company is donating $25,000 to the American History and Heritage Foundation to help replace a Ten Commandments monument that was destroyed at the Arkansas state capitol on June 27.

"Little Rock--and Arkansas in general--have been very hospitable to us and we want give back to the community in a meaningful way," said Pure Flix COO Steve Fedyski in a press release. "We hope our donation will contribute to the costs to rebuild this beautiful landmark."

Bob Katz and Kelli Crain from Pure Flix Entertainment, Sen. Jason Rapert, and Troy Hundon of GND Media Group were present at the presentation ceremony that took place in the Arkansas Capitol Rotunda.

The monument was hit less than 24 hours after its installation.

The man accused of driving his vehicle into the monument streamed the entire thing on Facebook Live, saying he was doing it because the monument was a violation of the separation of church and state.

Michael Tate Reed, 32, now faces charges of defacing an object of public interest, criminal mischief in the first degree and criminal trespass, according to the Pulaski County Sheriff's Office.

Some idiot in my home state broke all 10 commandments at the same time. He wasn't Moses and it wasn't Mt. Sinai. https://t.co/r8hXrJ32JZ

This isn't the first time Reed has destroyed a monument of the Ten Commandments. Authorities say that in 2014 Reed rammed his car into a monument installed on the Oklahoma capitol grounds. It was eventually replaced and stood at the capitol until the state Supreme Court ruled it had to be removed, according to The Washington Post.

The monument at the Arkansas Capitol was privately funded and put in Tuesday morning on the southwest lawn. There was little fanfare or advance notice.

A 2015 law permitted the monument to be on state grounds, however, it wasn't until last month that a state panel gave final approval for the design and location.

Approval of the monument sparked a push by the Satanic Temple for a competing statue, but lawmakers passed a bill this spring adding extra hurdles to the path of any attempts on their behalf.

Similiar efforts to display a monument of the Ten Commandments in Kentucky have been struck down. 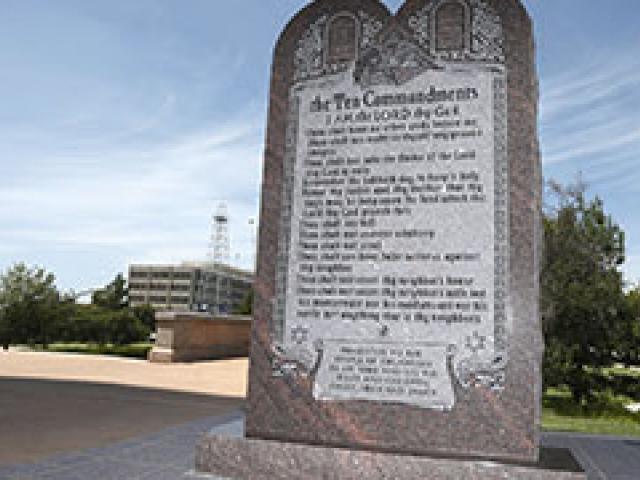