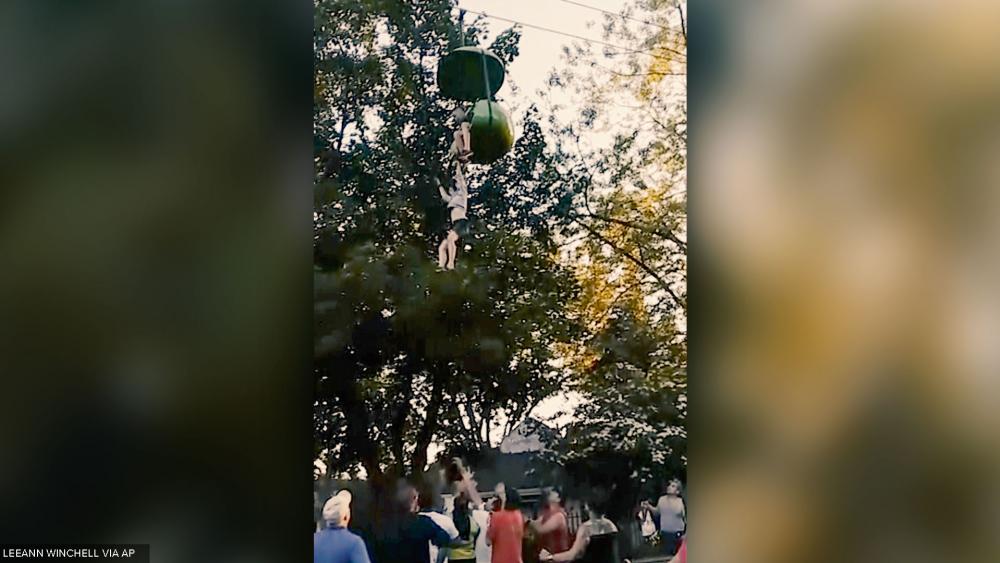 An amusement park may seem like the perfect place to spend summer vacation, but it quickly became a nightmare for one teenage girl.

A nervous crowd watched as the teen barely clung to her seat in the Six Flags amusement park ride in new York.

She is seen in a video dangling 25 feet above ground, screaming for someone to save her.

A frantic crowd gathered below her, understanding she was seconds away from dying or seriously injuring herself.

Suddenly the girl plummeted to the ground  before being caught by several people.

Onlookers erupted in applause when she landed safely.

"It was just good to see people band together to do what they could do," Loren Lent, who caught the incident on tape, told The Washington Post.

The girl was taken to the hospital but sustained no serious injuries.