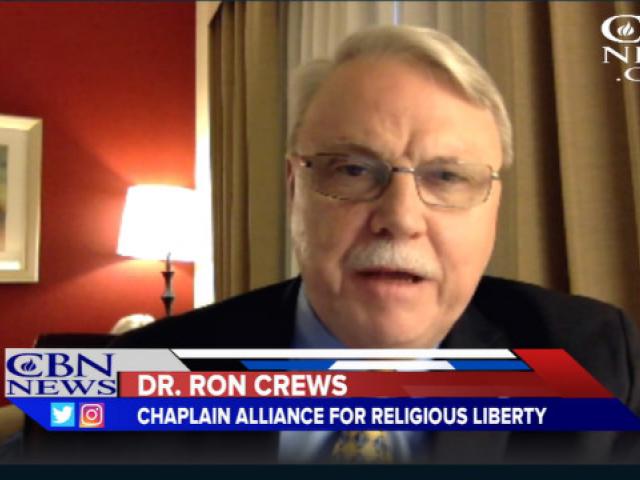 Watch CBN News' interview with Dr. Ron Crews, executive director of the Chaplain Alliance, on why he thinks the order is so harmful.

An organization that provides chaplains for the military is speaking out against a directive from the outgoing Secretary of the Army which calls for the promotion of diversity and inclusion.

Chaplain Alliance for Religious Liberty believes the directive is an attack on biblical beliefs regarding sexuality.

Specifically, it requires the development of "a plan to expand training on implicit or unconscious bias."

Chaplain Alliance sent a letter to the acting Secretary of the Army protesting the directive. It was signed by the outgoing secretary hours before he left office as a member of the Obama administration.

"The secretary does not define what this so-called unconscious bias is, but we believe this is a direct assault on those Army personnel who hold traditional Biblical beliefs concerning sexual ethics," the letter states.

The directive also calls on Army leaders to "engage in diversity and inclusion initiatives that support the Army's priorities of readiness, future Army, and taking care of troops," and says, "A diverse and inclusive force will ensure that we are able to recruit, retain, and develop the best and brightest fighting force in our Nation's history."

The letter from Chaplain Alliance disagreed, saying, "Given the variety of serious threats our military faces every day, the Army must cease from continuing such training mandates that cannot be shown to help our soldiers be better prepared for combat readiness."

The executive director of Chaplain Alliance, Dr. Ron Crews, spoke with CBN News about the directive.

"Secretary (Eric) Fanning was very proud of the fact that he was the first openly homosexual to serve as a Secretary of the Army and has been pushing a radical social agenda in the Army at the expense of training for war, which is what the Army is supposed to be about," Crews said.

Crews told CBN News he hopes the acting Secretary of the Army will repeal the directive.