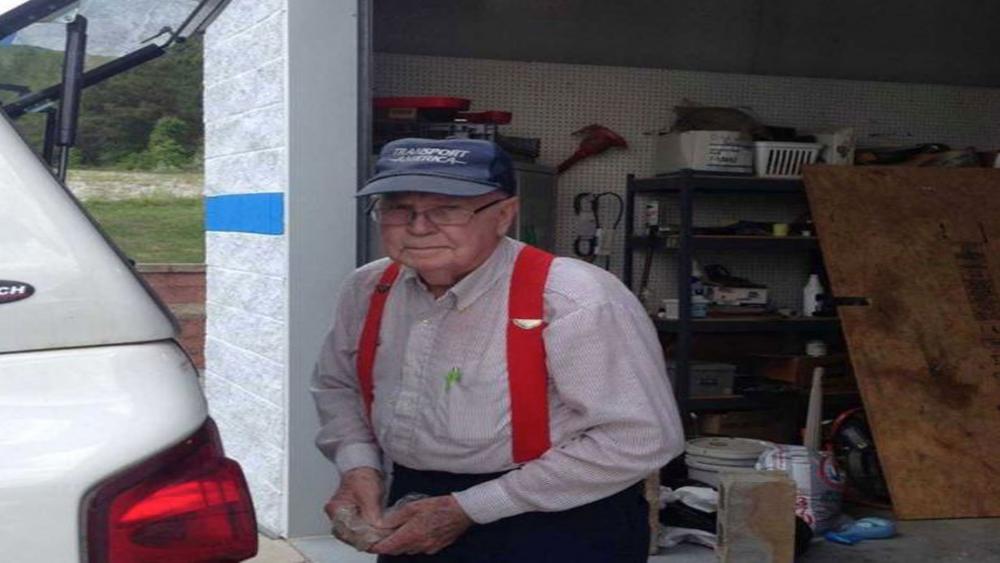 An elderly man’s passion for helping others and recycling has made a huge difference in his local Georgia community.

Johnny Jennings is just like your typical 86-year-old in every way possible except for his dedication to recycling, a habit that most Americans find difficult to keep up.

Jennings first began collecting newspapers and paper goods in the mid-1980’s when his son was young and he wanted to teach him the importance of having healthy financial habits in his life. So the two-some would go out at least once a week and collect and sell papers. And the profit that they earned together from their efforts would go into a special savings account for his only son Brent.

After years of collecting and saving, Brent, the son of Johnny Jennings stated that he had enough for a down payment for his first home when he was ready to purchase one.

The wonderful life lesson left a lasting impression on Brent and also encouraged his father to continue recycling whenever he could. So for the past 32 years, long after his son has been out of his home, the 86-year-old has continued to do so and donate every penny to a charity dear to his heart, the Georgia Baptist Children’s Home and Family Ministries.

As a teen, Jennings first went to the home. Saying that, “When I was 18-years-old, I visited the children’s home and we had a meal with the people there.” But, “As we got up to leave, three little boys grabbed me around the knee and asked me to be their daddy.” A heartbreaking request that he couldn’t fulfill at such a young age, but “From that point on, I did all I could.” Like providing them with food, clothes and “whatever they could use.”

And after all these years and nine million dollars worth of recyclable product he’s been able to contribute about $400,000.

The President of Georgia Baptist Children’s Homes & Family Ministries, Kenneth Thompson said, “Johnny Jennings is one of the most gracious individuals I have ever met. I have always admired his quiet, humble spirit, his commitment to helping others and most of all, his love for the children in our care.”

Adding in “We are so blessed to have someone of his character dedicated to serving our ministry.”

– Modern Day Paul? Jihadist Who Once Terrorized Christians and Muslims Has a MAJOR Conversion