Why Taking God to Work with You Could Change the World 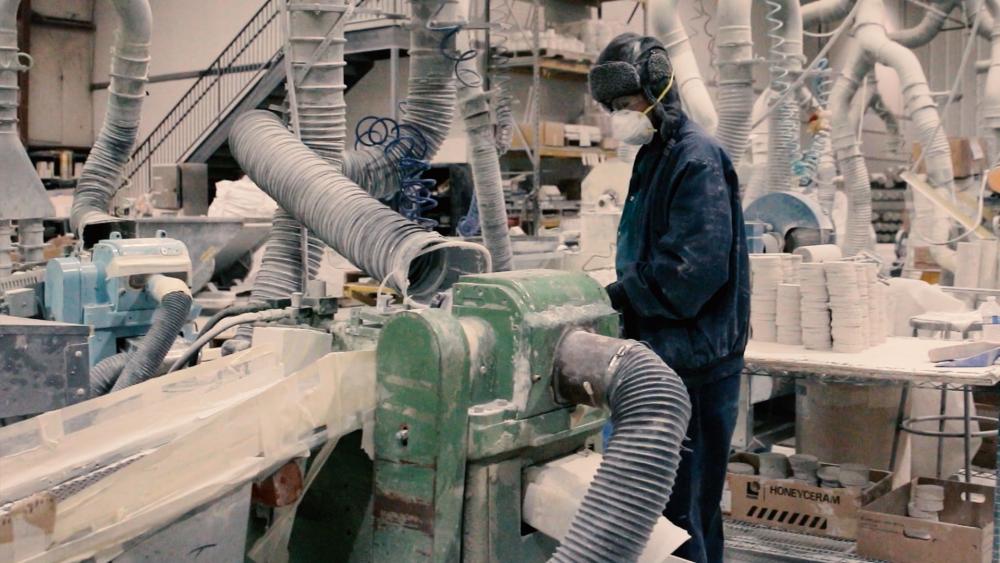 ATLANTA — Few Christians really spend all that much time in their church buildings. And most don't minister there. They get ministered to. Where they spend most of their time and have their most opportunities to have an impact on others is the workplace.

"The average time that an American spends in business: 46 hours a week. So the opportunity for influence through the marketplace is just phenomenal," says Terence Chatmon, president of a group called Fellowship of Companies for Christ International (FCCI).

The Next Great Move of God

"Billy Graham made the statement about 10 years ago that he believes the next great move of God will be through the marketplace. And I believe that's true."

There are 5,000,000 churches worldwide, but far more businesses.

How important, even sacred, is your work to God? Well, so much so that the Old Testament word for both worship and work is the same.

'Beauty and the Beast' Actors Mock Concerned Christians,
Joking About 'Gay Sex' and 'What Would Jesus Think?'

"'Avodah' is the Hebrew word for work and worship," Mitchell says, adding that he loves spreading through FCCI this truth that worship and work and walking with God should all be rolled up together.

"And it has been the most meaningful thing in my life," he says.

Robbie Thompson, head of Conklin Metal Industries, likes the way Ecclesiastes sums it up: "There's nothing better for man than to eat and drink and find satisfaction in his work. And that is a gift of God. And really it's THE gift from God."

Every day Thompson has these goals for his company and life:

"Honor God with how I work, how I deal with employees and co-workers and to glorify Him in all that I do," he says, "And to create a company where people can find that satisfaction."

Mitchell strives to do that inside Applied Ceramics as well.

But bosses can't force Jesus on their workers.

They can, however, talk about Christ and His ways to those who want to hear about Him.

The Answer to Every Problem

As Thompson says of Jesus, "He really is the answer to every problem. Whether it's depression or addiction or worry or you name it, He is the answer."

And He wants to be the bosses' boss.

"God is the owner of your business. He's in the corner office," Chatmon says. "What if every decision is taken to God the Father before you even make any decisions?  We're talking about prayer is the lifeblood of every decision you make, small, medium or large."

FCCI began with Mitchell — one Christian businessman — wanting to live his life with integrity.

"My life did not reflect what I said I believed," Mitchell recalls.

The Question that Turned Him Around

Then his mother handed him the book In His Steps by Charles Sheldon. It tells the tale of an evangelist giving a church a famous challenge.

"Face every issue in life by asking what would Jesus do, and then act accordingly," Mitchell says.

Mitchell and other bosses began meeting in 1977 around Atlanta to see if they could figure out together how to head companies like Jesus would.

Soon they started FCCI, and now it supplies videos, materials and case studies to help all its members in 139 countries do business God's way.

As an example of that work, Mitchell tells CBN News, "We just streamed some material to 30 million people in Pakistan."

But the core of what FCCI does is encourage business leaders to meet weekly in small groups.

Chatmon says it's, "An opportunity to come together, talk about real business issues and challenges. We're not a Bible study. We're a real business type of organization."

"I've seen people sell companies, buy companies, totally re-engineer companies based on the input that they got at these small groups," Mitchell says.

Lonely at the Top

For business leaders, it's often lonely at the top. Which is why FCCI encourages small groups just for them, where they can do life together, learn from each other and be held accountable by each other.

"You know, a CEO's job is probably the loneliest one in the world," Chatmon explains. "Who you going to complain to, right?  You have a board, you have a staff, but you have nowhere where you can kind of release."

And that's what the FCCI small groups offer business leaders.

As Chatmon describes it, "A safe environment where they can be transparent, they can be open, they can talk about these business issues and challenges."

Work that Glorifies the Father

Chatmon sums it all up like this: "It's really talking about: how do you operate a business in a way that glorifies the Father?"

Mitchell says it's the best way to live.

"I'm a pure entrepreneur. But the most exciting part of my business career has been walking with the Lord through this business," he says.

So Mitchell suggests if you feel like your work life and your Christian life just aren't fitting together, maybe it's time to bring your Christianity into your work.

"And we need to rise up and be Christians," he insists. "And that's outside the Church. That's in the marketplace. Wherever God has planted you, you need to bloom."